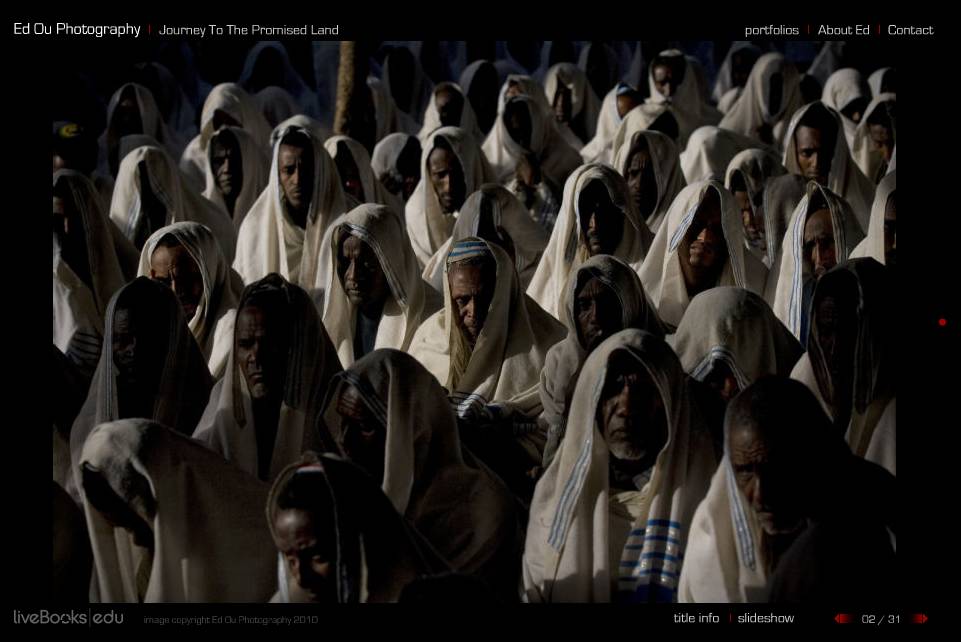 Ed Ou is a Canadian-Taiwanese photojournalist living and working in the Middle East, who covered his first big story during the Israel – Hezbollah conflict from southern Lebanon in 2006, when he was studying Arabic and International Relations in the Middle East.

Since then, he has worked with Reuters and the Associated Press covering diverse stories such as the ongoing conflict in Somalia, child soldiers in Uganda, California wildfires, faith and conflict in the Holy Land, and even fashion in New York City. He is also a featured contributor to Reportage by Getty Images.

Ed was selected by Photo District News as one of the 30 Emerging Photographers of 2008. His work has appeared in the New York Times, Los Angeles Times, Time Magazine, Guardian UK, and many other publications. He speaks English, French, Chinese, and Arabic.

I chose to feature Ed's portfolio titled Journey To The Promised Land, in which he documents some of the Falash Mura, and the surrounding controversy in allowing 40,000 Ethiopian Christians, with claims to Jewish ancestry, to immigrate to Israel.
Posted by bella at 2:26 AM