Agnes Dherbeys: Street With No Name 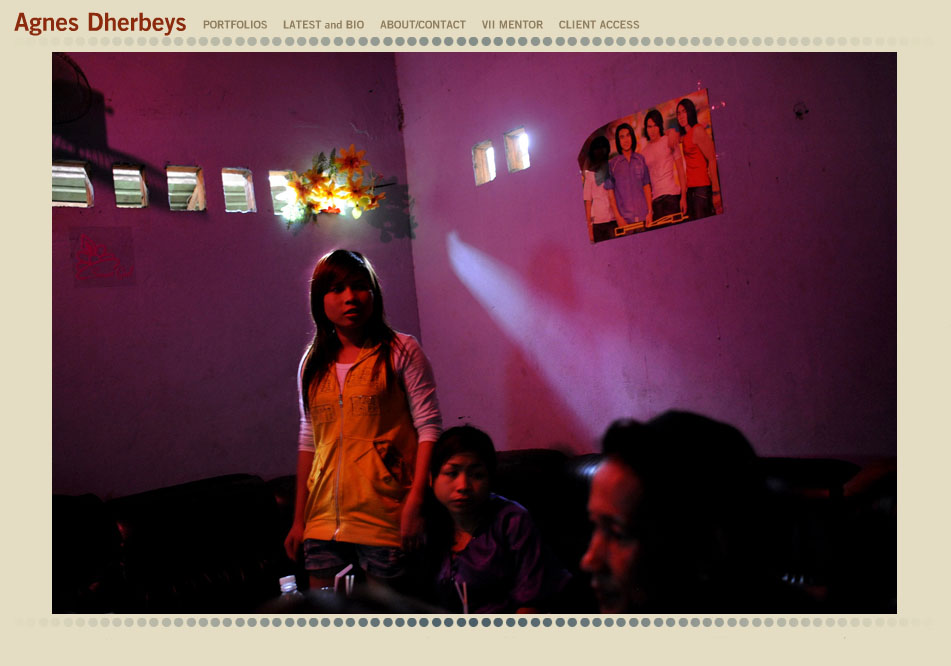 Agnes Dherbeys is a freelance photographer based in Bangkok since 2001. She decided to take up photography as a career after graduating from the Institut d’Etudes Politiques and Sciences of Communication at the Sorbonne.

Since then, she mostly worked in Thailand, Cambodia, East Timor, Aceh), Nepal and the Palestinian Territories. She was recognized with numerous awards, and is member of the photo collective Eve Photographers

Her galleries generally depict social and humanitarian issues in South East Asia, such as Tibetans in exile (Nepal), 5 years after the tsunami (Aceh), the temple of doom (Thailand), and I chose her work in Cambodia titled The Street With No Name. This is a photo essay on the Karaoke girls in Siem Reap, and was photographed when Agnes attended Gary Knight's workshop in July 2009.
Posted by bella at 2:10 AM