NPR: The Mekong, A River 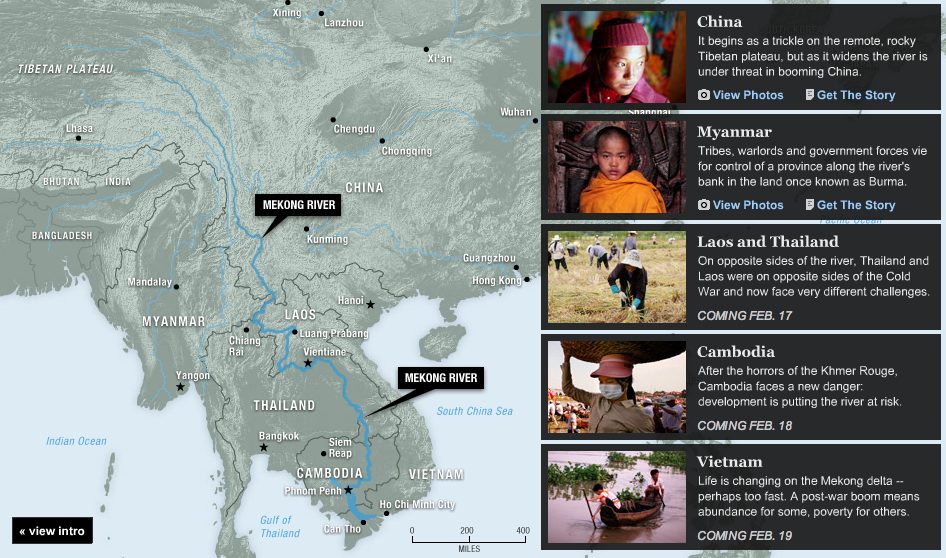 Here's a wonderful multimedia piece The Mekong: A River And A Region Transformed, which is produced by NPR, as only a sterling institution such NPR would know how.

It documents the Mekong through a 3,000-mile journey from the river’s source on the Tibetan plateau to its mouth at the South China Sea, relying on Michael Sullivan and photographer Christopher Brown examine the turbulent history and uncertain future along the Mekong.

The Mekong is one of the world’s major rivers, and is its 12th-longest, and the 7th-longest in Asia. According to Wikipedia, its estimated length is 4,350 km or 2,703 miles, running from the Tibetan Plateau through China's Yunnan province, Burma, Thailand, Laos, Cambodia and Vietnam.

I've traveled to most countries through which the Mekong runs, and it was at its most spectacular at Khone Phapheng, in southern Laos with its borders with Cambodia, during monsoon season.
Posted by bella at 4:11 AM