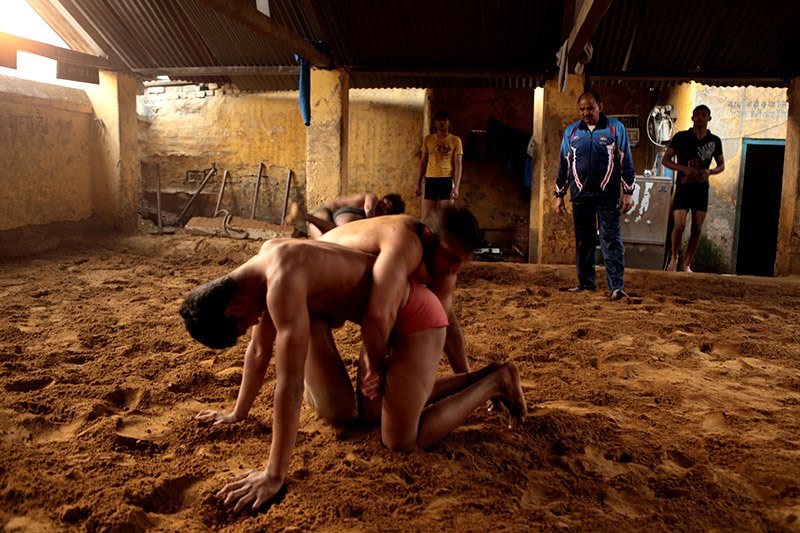 Photo © Anamitra Chakladar-All Rights Reserved
At the outset of my Tribes of Rajasthan and Gujarat Photo~Expedition, I spent a few days in Delhi where I had the immense good fortune to meet with Anamitra Chakladar, a friend who attended the Foundry Photojournalism Workshop in Manali last July.

Along with Terri Gold and Wink Willett (participants in the photo expedition) we visited a Kushti akhara (a traditional Indian wrestling arena), and spent a couple of hours photographing the wrestlers.

Anamitra was born in Kolkata, and expected by his parents to be a teacher or an accounting executive/CPA (he graduated with an accounting degree), but chose to be a photographer instead.

He joined an established newspaper as a trainee photographer, then moved on to television joining NDTV, and saw more than his share of world conflicts including the first Gulf War, the ongoing conflict over Kashmir between India and Pakistan, the coups in Nepal and Bangladesh...and getting shot at during the 2001 attack by Lashkar-e-Toiba and Jaish-e-Mohammed terrorists against the Parliament of India in New Delhi.

Anamitra published his photographs of the Kushti training on Photojournale.
Posted by bella at 5:18 AM