Travel Photographer of the Year 2008 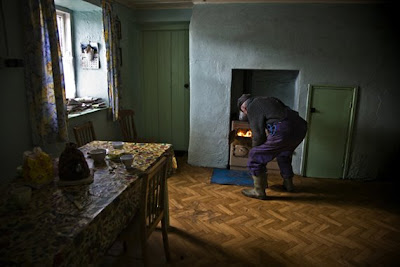 Photograph © Charlie Mahoney-All Rights Reserved
TOPTY has just published its winners of its annual competition to crown the travel photographer of the year. Entries were received from photographers in 61 countries, and shortlisted entrants from 33 countries went through to the final judging round. Category winners for 2008 come from Australia, Italy, the UK and USA, with photographers from Kenya, India, Ireland, the Netherlands, Poland, Russia, Sweden and Switzerland among the other prizewinners.

The Young Travel Photographer of the Year category was won by Daniel Rooney of the UK, while Charlie Mahoney, the American photojournalist who won the TPOTY New Talent category in 2007 has returned this year to win the Life portfolio category.

Congratulations to Canadian landscape photographer Darwin Wiggett for deservedly winning the TOPTY crown, but well deserved kudos to Charlie Mahoney for his beautifully evocative series involving two Irish brothers and an intimate insight into their lives as farmers. His photo essay, Ancestral Calling, was featured on this blog in September, and the post is here.

In the post, I wrote : "The photographs in this gallery are just superbly composed, and the Irish light is perfect." I'm glad the contest judges agreed with me.
Posted by bella at 4:09 AM