As you guys might remember, last winter I did a review of the Garant Kid’s Shovel, which I had been using for winter camping trips. It is a cheap and relatively lightweight option, costing $13.00 and weighing 1.9lb. It has served its purpose well, but due to a recommendation from a friend, I decided to try the Voile Mini Telepro T6 Shovel (T6 for short). 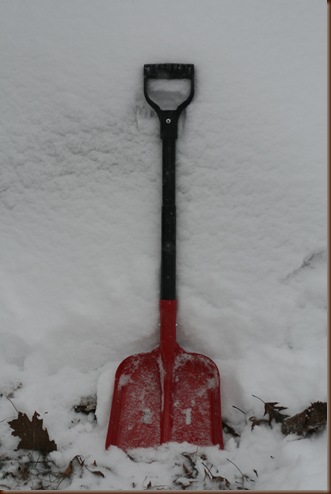 Here I want to do a short comparison between the T6 and Garant shovels.

To begin with, the two shovels look almost identical in terms of size. The T6 has a listed handle length of 33.5 inches, while I measured the Garant shovel at 33.75 inches. Interestingly, they also have an identical weight, coming in at 1.9lb. 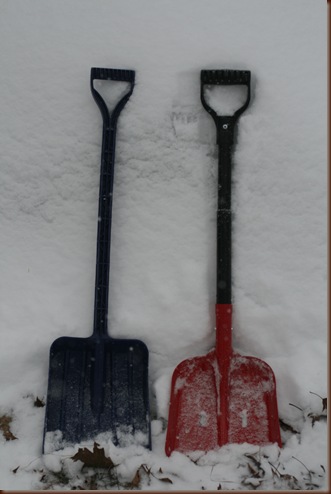 There are however significant differences. To begin with, the T6 is made out of aluminum, not plastic like the Garant. This gives it a significant advantage in hardened snow. From experience, I know that the Garant had a hard time getting through snow that had an ice layer on top of it. The aluminum T6 does a lot better at this task, although you still shouldn’t expect to use it to cut through lake ice. 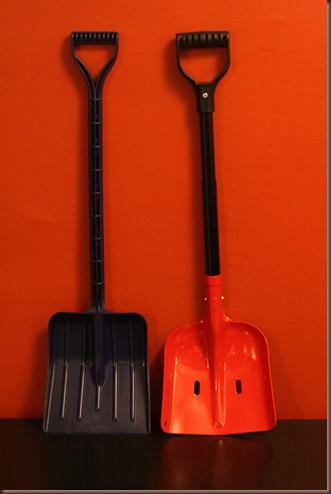 The T6 shovel also has a collapsible handle unlike the Garant shovel. As you can see from the picture, with the push of a button, the handle collapses to 28 inches in length, making it easier to pack. 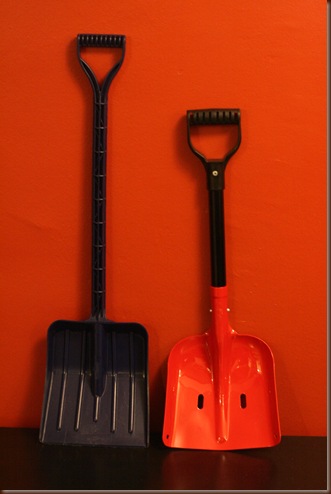 In fact, you can disassemble the T6 shovel into its components by just pressing a few spring loaded buttons. This not only allows for easy transportation, but also allows you to use the scoop alone if building the inside of a snow shelter. Nothing has to be removed in order to disassemble the shovel, so there are no small parts that can get lost. 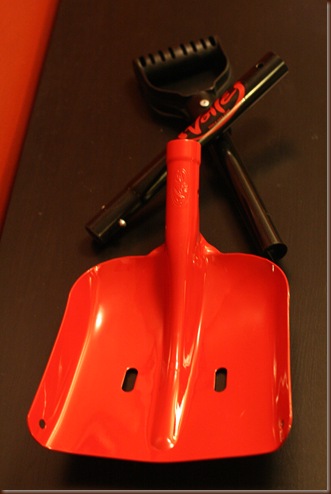 Unfortunately, all this utility generates another difference-price. The T6 costs a little under $50.00, a big difference from the $13.00 Garant.

That being said, it is a good amount of utility and performance you get for the price. For the same weight as a plastic shovel, you get a very well made collapsible aluminum shovel. The only complaint I had with the T6 is that once fully extended, there is a bit of wobble in the handle. It is not anything that will effect its performance, but it did get on my nerves. A small piece of duct tape on the area where the two parts slide into each other solved that problem.