Recently I was invited to join a relatively new forum called Blades and Bushcraft. It has turned out to be one of the best forums I have participated in in a long time. It is still small, but the people there are knowledgeable and the moderators have gone trough great lengths to make sure that people whose opinions are worth reading are members of the forum. As an added benefit, you don’t have the same heavy handed moderation that you unfortunately see on some other forums these day. Well, Gurthy is a member who a met through the forum. He has started his own blog called Gurthy’s Bushcraft. I saw this post there, and thankfully he agreed to let me repost it here.

What I’ve learned about chaga and fire.

Firstly I want to say that I’m by no stretch of the imagination an expert in anything, I’m just a guy with an interest in outdoors skills. I have been hunting chaga for over a year and a half casually, and have found a small number of specimens. Recently I found and harvested a largepiece of quality chaga, and now that I’ve had time to experiment with good samples I’d like simply to share what I’ve learned.

Inonotus obliquus (also called chaga or true tinder fungus) is a parasitic fungus that grows on only a few species of trees, but is most commonly found on birch trees. The fungus is relatively rare and only grows on live trees. Do not bother looking on dead trees because the fungus cannot survive on a dead tree. To identifyInonotus obliquus I look for a black, charred looking section of the tree. I usually spot chaga in places where the tree has been damaged and it often looks like a burned burl. The fungus has a hard black exterior, an inner firm brown layer, and an innermost layer that is soft (cork like) and orangish-yellow in color.

Chaga on a birch 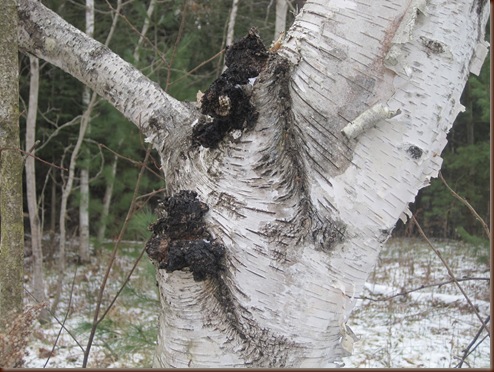 Chaga cut open... note the orangish interior. This was a mediocre specimen. 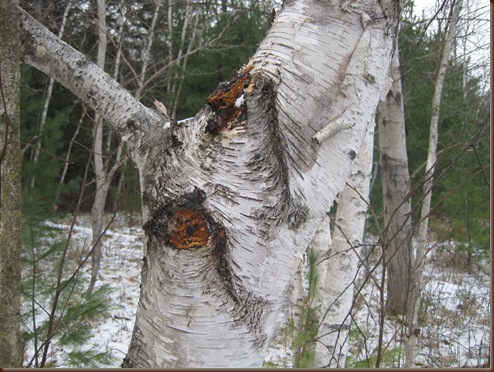 Harvesting, Preparation and Use

Harvesting chaga is simple… just hack or cut the fungus off the tree and section it into manageable chunks. That part of the fungus that works best for fire is the softer, spongy, cork-like orangish-yellow part. The firmer brown parts will work as a coal extender but I’ve found that they do not take a spark from a flint and steel very well. To prepare chaga for fire usage simply air dry it for a few days. I have not needed to dry chaga fast but I imagine that the process could be sped up with sunlight or by putting the fungus near a non-spark throwing heat source.

"Good" chaga at left, "poor" chaga at right. Note the yellowish color and and spongy  texture of the better chaga versus the woody texture and brown color of the subpar chaga. 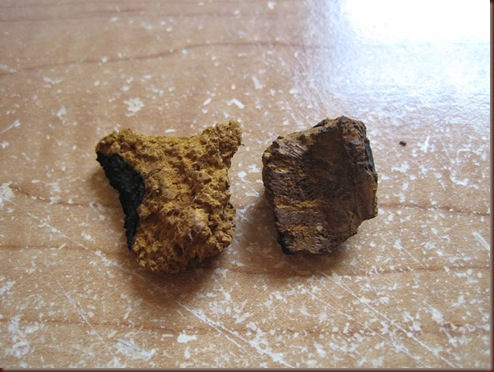 Once dried, chaga can be used to catch sparks from many sources. Ferrocerium rods obviously will work well. I like to hold the striker steady and pull the rod back, but whatever technique you usually use will work well. 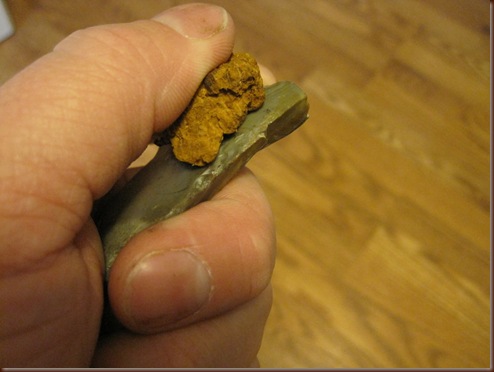 I have a couple of pieces of chaga that I lit two days ago and then submerged the fungus in water for several seconds to extinguish the embers. Today I was able to easily light the same fungus with a couple of strikes of my flint and steel: 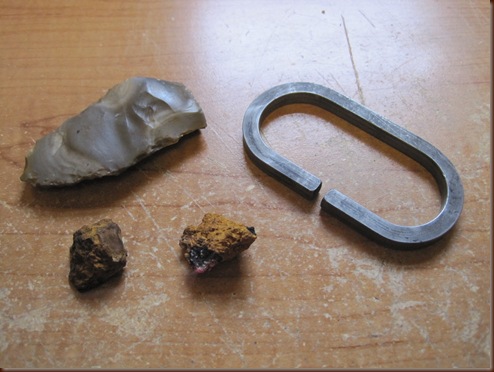 Be warned that the embers smolder very well and I've discovered that the tiniest of sparks can start an ember which may go unnoticed. Chaga embers are difficult to extinguish that you need to be very careful and either use the entire fungus chunk or extinguish it in water.

Here is a lit piece of Inonotus obliquus in the light: 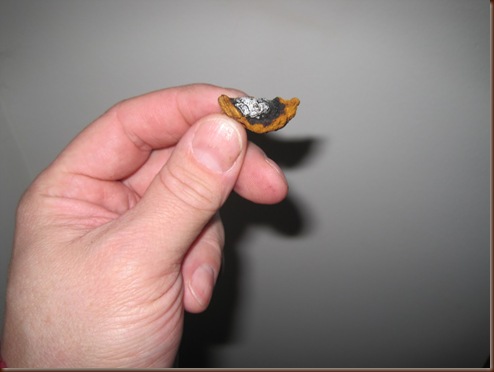 And this is the same piece of fungus about 20 seconds later with the lights off. 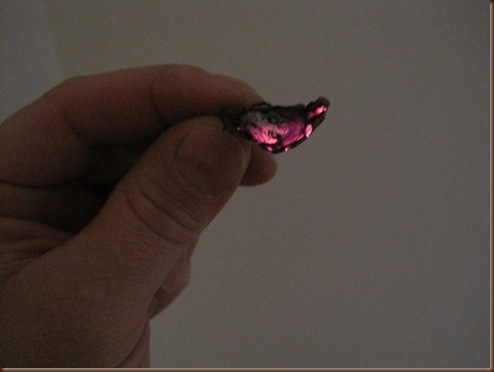 Again, please check out both Gurthy’s Bushcraft blog and the Blades and Bushcraft forum. They are both excellent sources of information.