Survivorman Returns on US Television

Those of you who are big Survivorman fans already know that Les Stroud has been working on a new Survivorman season. Episodes have already aired in Canada, but last night, August 19, 2012, was the first episode from the new season to air on US television. It premiered on the Discovery Channel at 8:00PM E.T. 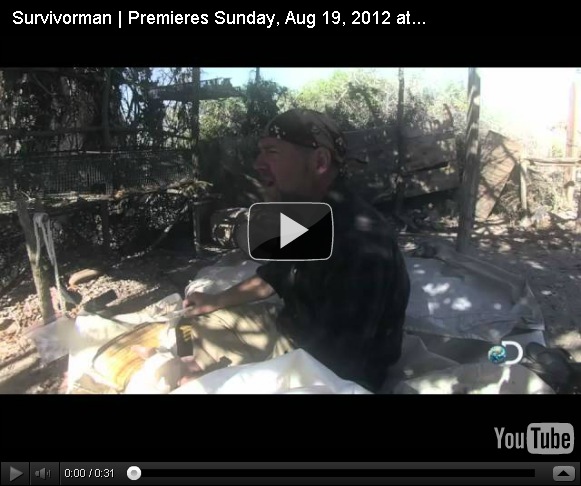 The new season has a slightly different format. While Les still gets stranded alone with his camera gear, this time he is doing it for ten rather than seven days at a time. Because of that, the title of the new season of Survivorman is “Survivorman Ten Days”. Each episode is now split into two parts. Part one covers the first five days, and the second part the second five days. I am not sure that I am crazy about the format. While it is good to see him survive for a longer period of time, splitting up each survival situation into two episodes seems to slow down the action a bit, and doesn’t give the sense of completion in each episode that we got from the earlier seasons. Even so, it is great to see Les back in action.

The first episode that aired last night was part one of “Tiburon Island” where Les is stranded on, you guessed it, Tiburon Island off the coast of Mexico. Part two will air on August 26, 2012 at 8:00PM on the Discovery Channel. That will be followed by parts one and two of “Norway”, to air on September 2, 2012 and September 9, 2012 respectively at 8:00PM on the Discovery Channel. The “Norway” episode was the first to premier in Canada, so it can already be seen online.