If you’ve been following my posts, you probably know that a few months back I decided to switch to a plastic cup instead of a metal one. Some of my reasons for switching were that it would be easier to handle when full of hot liquid, and would not freeze to my lips in winter. I’ve tried to use a kuksa style cup for some time now, and I just don’t feel as comfortable as I do with a metal cup. There is no good reason for it, I just miss having a metal cup. So, I decided to find one that I like. After some looking around, I chose the Backcountry Stoic Ti Kettle 700 ml. It used to be sold under just the name Backcountry Ti Kettle, so if you are looking online at older information, it is the same product. 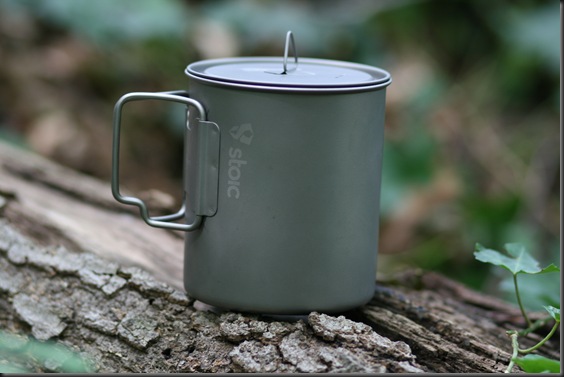 The term “kettle” in the title is misleading. It is a 700 ml cup. As the name indicates, it is made out of titanium. The cup comes with a lid, which has strainer holes and a holder that locks upright. Everything comes in a well fitted mesh storage bag. The handles are of course folding, and are welded on, not riveted. I like that because it minimizes the chance of leaks developing. The Backcountry Stoic Ti Kettle nests perfectly on the bottom of a Nalgene bottle. It will also fit a 4oz SnowPeak or Jetboil fuel canisters, but not the wider MSR canisters. 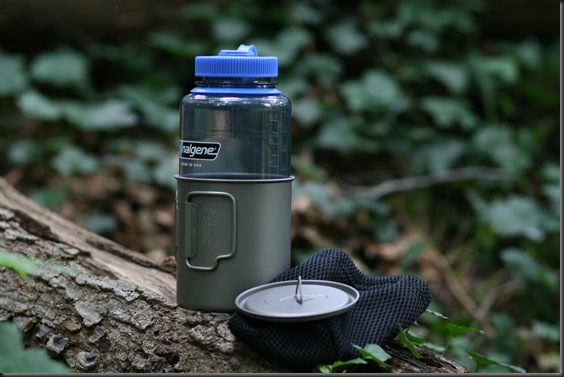 The cup is very light, weighing by itself 3.1oz. Separate from that, the lid weighs 0.6oz, and the mesh holder another 0.4oz. Everything together weighs 4.1oz, although I personally only use the cup. The lid and stuff sack would be very useful if you used the cup for cooking, which I do not. 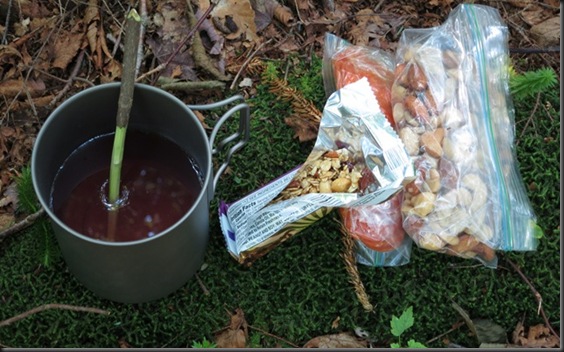 I find the handles to be very comfortable, and I have no issues holding the cup just using the handles even when completely full. The small notch at the bottom of the handles works great to allow you to balance the cup. The handles also stay relatively cool when the cup is filled with hot liquid. The cup itself of course, gets very hot.

Overall, I am very happy with the cup. It is similar to the SnowPeak 700 and the Vargo Ti 700 mugs. I chose this one because it seemed to have simpler, more straight forward features. It ordinarily sells for $30-$40, but is currently on sale from Backcountry for $20.