I have been using my Kenwood Cooking Chef

for nearly two years now, and thought I would share an overview with you.

My mixer was purchased at The Birmingham Winter Good Food Show after watching a demo.  The mixer had just been launched and it looked a very impressive piece of kitchen kit. My hubby is an engineer extraordinaire and was sold on the amazing quality of engineering. The attachments are hefty, well made pieces and he was definitely impressed.

He asked me if I would enjoy using a machine such as this - well I wasn't going to say no. Of course I didn't need a machine of this magnitude but then the same can be said for other pieces of kitchen equipment, it's simply that I really enjoy using them and they bring me a lot of pleasure.

The mixer looks fabulous, and other than one or two niggles I am really pleased with my investment. I am very fond of Kenwood, and historically I have always used a Kenwood Chef stand mixer, and have a Kenwood kMix handmixer too. I think it is only fair to say I use other brands too! 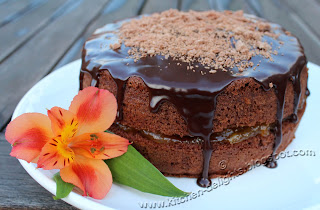 There are many attachments that come with the mixer including a K Beater, dough hook, stirring tool, flexi beater, whisk and a heat mat.  There is a steamer basket, food processor with 3 discs, and a stainless steel blender.  The Kenwood Cooking Chef is a thermostatically controlled, induction, cooking system.

If you don't already own a food mixer, food processor, blender or a steamer then you are going to get the best value from your purchase, but I am guessing most of us already have these in our possession.  That said, you can always give your old kitchen toys away to a grateful friend or family member.

A 'go large' machine which doesn't really cope well with small amounts.  I sold my Kenwood Chef to free up some space for the Cooking Chef, but for smaller quantities I use my Kmix handmixer.

The majority of my postings over the last 18 months or so have been made using my new machine.  Risotto is a dream to make, but instead of standing over a pan for 20 minutes or so stirring in the stock, the flexi beater stirs the ingredients and 20 minutes later you have a fab bowl of risotto. 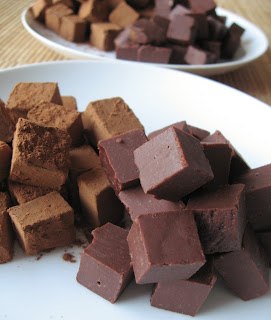 It is easy to make jam, fudge and in fact anything that requires a thermometer. 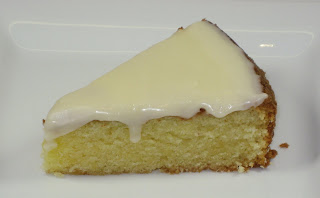 The K-beater is for making pastry and cakes, the stirrer is used for casseroles, the flexi beater can be used to make risottos. 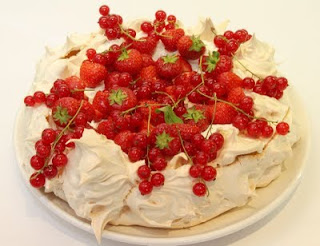 The whisk is huge, and unfortunately the majority of the beaten egg whites stay in the whisk which is frustrating, and the finished mixture isn't easily removed from the whisk.  It's never a good idea to  whack the whisk on the side of the stainless steel mixing bowl to remove the egg white mixture, even though it is tempting, because this will ruin both the whisk and the bowl.  If the whisk prongs were spaced out more not so much mixture would stay in the whisk. 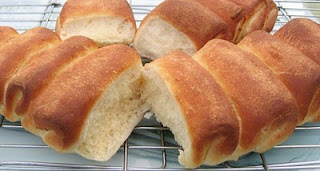 The dough hook can only be described as impressive and the mixer doesn't bounce about when you are mixing dough.  The first rise of dough can even be started by using the thermostat.

A blender made from stainless steel is never a good idea, and a poor idea if the blender has to sit on top of a food mixer.  I can't see through stainless steel and I definitely can't see into the blender without removing it from the top of the mixer.  It is a very efficient blender though and works effortlessly.

The K-beater makes the most fabulous, tender pastry and I wouldn't use a food processor for this now.

The food processor is a wonderful attachment, it comes with a variety of discs which slice and grate effortlessly and efficiently.

A steaming basket comes with it too and if you need to steam vegetables or puddings this is ideal.

The Kenwood Cooking Chef is a very versatile machine, a real workhorse, it looks fabulous in my kitchen and I wouldn't be without it.  A great machine for cooks of every ability.

You can purchase many extra attachments including a pasta maker and ice cream maker.