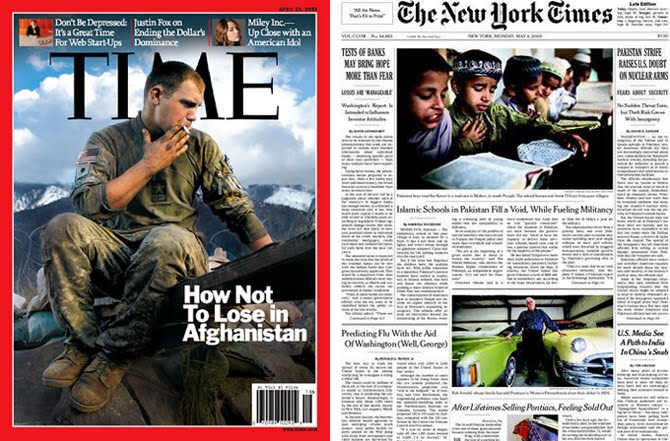 "The photojournalist has long been known as the lone wolf, traveling solo to the far-flung corners of the world to document experiences few are capable of seeing. By function, it’s often a solitary quest, lonely and alienating; rarely as romantic as the photographs make it appear."

What a great start for the Raw File article written for WIRED by Bryan Derballa!

The article deals with the friendship and healthy competition between Adam Ferguson and Zackary Canepari, two immensely gifted photojournalists working in Pakistan, India and Afghanistan. It appears that they helped each other, and edited one another’s work, always hoping to improve its quality.

WIRED's Raw File's article is in essence two interviews: Ferguson giving his views on Canepari's work, and vice-versa. Quite an interesting read...naturally, they pat each other on the back, but that's what friends do, especially those whose camaraderie withstood difficult circumstances.

Both photojournalists are content to be doing what they want to do at this time. Canepari is back in California pursuing personal projects, while Ferguson is still shooting in Afghanistan.

Zackary Canepari was featured on TTP a few times, and Adam Ferguson's work in Orissa was featured here.
Posted by bella at 3:49 AM