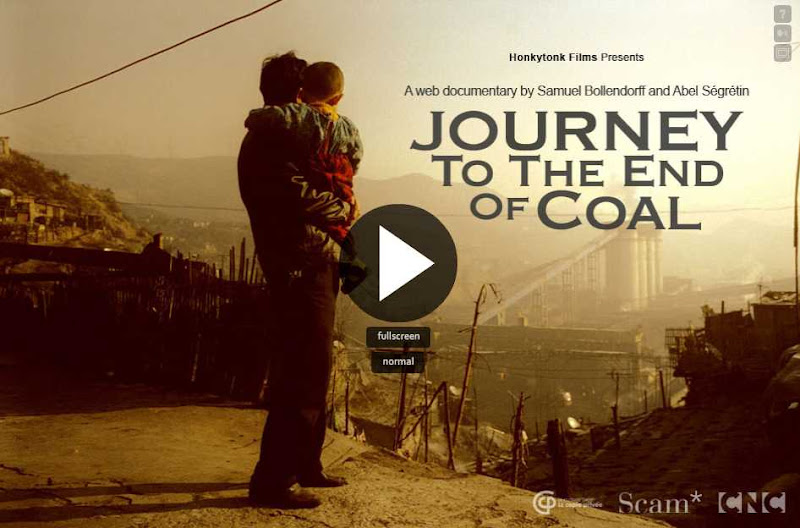 Here's one of the best multimedia web documentary I've seen so far, and it's titled “Journey to the end of Coal,” developed by two French multimedia companies, Honkytonk and 31Septembre.

It's an interactive web documentary set in China, and documents the sacrifices that millions of Chinese coal miners are making everyday, risking their lives and spoiling their land to satisfy their own country’s appetite for economic growth.

I was amazed at how this web documentary has crossed over to television visual territory, and how well the interactivity of this web documentary is done, which adds an altogether exciting feature to the experience. You have to see it to be blown over as I am. It gives you the opportunity of experiencing what an investigative photojournalist goes through and faces on a similar assignment!

In short: one of the best I've seen so far, and one that totally justifies the 1.5 million page views it received so far.

However, set aside enough time to experience it..this is not the type of multimedia that can be rushed through.

Via Innovative Interactivity.
Posted by bella at 3:57 AM