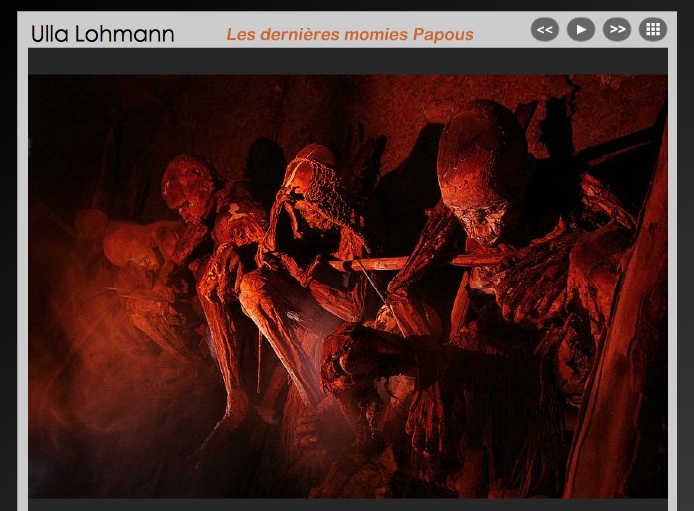 An unusual project has put Ulla Lohmann in the 'crosshairs' at the Visa pour l'Image photojournalism festival in Perpignan.

Ulla's Mummies in Papua portfolio was shown at Visa's first nightly projections, and is a distinct change from the normal fare that the festival is reputed for. She had to wait two years before being granted authorization to see and photograph the mummies.

In Papua New Guinea’s Morobe Highlands, the Anga tribe used to follow an ancient method of mummification for its dead by smoke curing, however the tradition has been almost lost, until the tribe leader's grand-daughter's death.

The lost tradition was revived when the grand-daughter died. The mummies were brought back to the village, and eventually restored for preservation. Now, the tribe's leader also wants to be mummified once he dies and has asked Lohmann to record the event.

1854, the blog of the British Journal of Photography has an interview with Ulla Lohmann.
Posted by bella at 3:13 AM