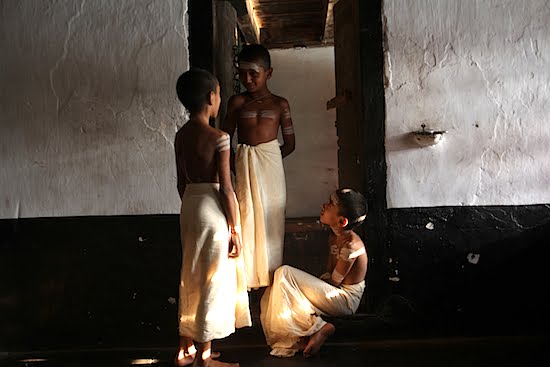 Well, the final touches on The Oracles of Kerala Photo Expedition/Workshop™ are being done, and with some of the participants having booked already their flights to India and even to Kochi (where the workshop actually starts), it won't be long before we meet on March 12th for its two weeks' duration.

I was advised by our agent in charge of logistics et al, that the dates of the two main festvals we were slated to document may have been changed a tad. These festivals are based on the Malayalam calendar, so this is not unexpected. If this is indeed the case, it means little in terms of the overall expedition/workshop, except that we will stay in one place a day longer, and a day less in another place.

The Thirunakkara Arattu festival and the Kottakal Pooram festival are the highlights of the expedition/workshop, however I have included photo shoots at a Kathakali academy, a Vedic school and hopefully during an obscure Sufi festival held at the Maulang Shah Auliya shrine, which we are still tracking.

In reality, this is one of the most enjoyable phase in setting up photo expeditions/workshops such as this. One needs to expect the unexpected, remain flexible and be able to change tack if need be.

As the Romans used to say...let the games begin!
Posted by bella at 3:03 AM