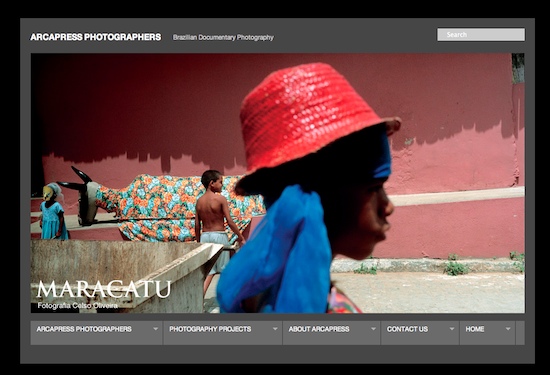 I usually don't mention photographers collective on this blog, but I found that ArcaPress (started in May of 2010) which highlights Brazilian culture and covering such areas as religion, indigenous people, economic issues, urban reality, environment and wildlife.

I was particularly drawn to Between Faith And Fever by Guy Veloso, and Maracatu by Celso Oliviera.