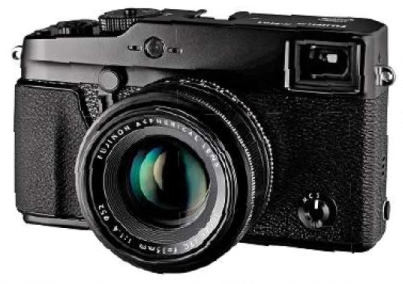 The blogosphere is abuzz with the news that FujiFilm will be launching a new mirrorless camera soon, and its tech details were published in a French magazine as having a custom 16MP CMOS sensor, use Fujifilm’s EXR processor technology, feature a second-generation hybrid viewfinder, and will be available with 3 fast prime lenses (18mm f/2, 35mm f/1.4, and 60mm f/2.4). More details here.

"...the smart money ought to be on the new mirrorless cameras."

I certainly hope the rumors and the leaks are accurate, so we have more of the so-called “Micro Four-Thirds” and “EVIL” cameras such as the venerable Panasonic GF1 and the newer GX1. If the Fuji X1-Pro1 is indeed a reality, street photographers and others will be sorely tempted to buy it, certainly if its price point is reasonable. The French magazine article claims that its price in Europe (in Euros) will be equivalent to $1700 including a sweet 35mm f1.4. The remaining two lenses are said to be priced at the equivalent of $780 each.  Since European prices are usually higher than those in the US, perhaps the  street price here will be around $1400 (about the price of a Canon 7D body).
I am convinced the era of the bulky DSLRs will wane very soon, with the future belonging to theMicro Four-Thirds cameras, and certainly not for bulky cameras whose bodies were built for film transport, and have not changed since. Nikon and Canon can launch and hype their newest DSLRs until they're blue in the face, but the smart money ought to be on the new mirrorless cameras.

And that's why I will not be upgrading my Canon 5D Mark II nor my 7D. As for my question as whether the Fuji X1 being a threat to Leica...I think the answer might well be a qualified yes...and here's some more red meat for the naysayers... I still think Leica will come up with a mirrorless iteration at some point soon.

UPDATE: As Per Leica Rumors, It now appears that Fuji will release a Leica M-mount adapter for the X-Pro 1.


UPDATE 2 (January 8) Via Steve Huff: Amazon Taking Pre-Orders On The Fuji X1 Pro1 Lenses (but Not The Camera Yet)


UPDATE 3 (January 9) Via PDN: Official Press Release And Specs For The Fuji X1-Pro1
Posted by bella at 2:20 AM