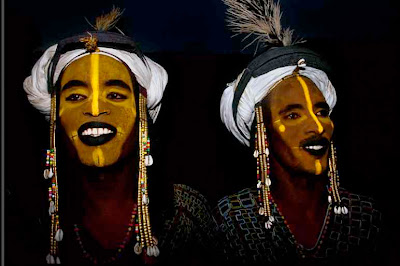 © Mike Hettwer Photography-All Rights Reserved
In the last 10 years. Mike Hettwer's travels have taken him to 60 countries and on 6 expeditions. He's a documentary photographer who specializes in archaeology and dinosaur expeditions...in my view, a sort of an Indiana Jones holding a Canon instead of a whip. He has photographed on expeditions to the Sahara and Gobi Desert, as well as in Lake Turkana in Kenya.

His work has appeared in over 1500 magazines, websites, newspaper and books to include The New York Times, The Washington Post, National Geographic, USA Today, The Chicago Tribune, Discover magazine and Science magazine to name but a few.

He also specializes in photographing unique cultures around the world, to include remote hill tribes in Myanmar (Burma), Wodaabbe festivals in Niger, voodoo ceremonies in Haiti, Hizbollah barbecues in Beirut, and the Shuar Indians of the Amazon (inventors of head-shrinking).

The National Geographic Society just announced today that the largest Stone Age graveyard found in the Sahara, which provides an unparalleled record of life when the region was green, has been discovered in Niger by National Geographic Explorer-in-Residence and University of Chicago Professor Paul Sereno, whose team first happened on the site during a dinosaur-hunting expedition. The accompanying photographer? Mike Hettwer.

The website of the National Geographic Society has now published Lost Tribes Of The Sahara, an article on the discovery which includes this:

"Mike Hettwer, a photographer accompanying the team, headed off by himself toward a trio of small dunes. He crested the first slope and stared in amazement. The dunes were spilling over with bones. He took a few shots with his digital camera and hurried back to the Land Rovers.

"I found some bones," Hettwer said, when the team had regrouped. "But they're not dinosaurs. They're human."

I recommend you not only set aside time for the Lost Tribes of The Sahara, but also explore Mike Hettwer's various galleries...his People & Places gallery has excellent photographs of his various travels.
Posted by bella at 4:22 PM