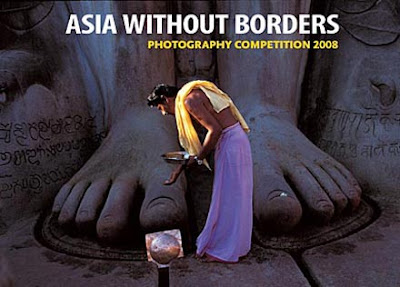 ASIAN Geographic magazine announced that it's looking for special photographs from photographers who have captured a striking image of Asia's land, people, architecture or wildlife. One winner and runner-up will be selected from each category.

An overall Grand Prize will be awarded to the best overall picture as judged by the magazine's panel of editors. The top photographs will be exhibited as part of an “Asia Without Borders” photography exhibit scheduled to be held in December, 2008

Terms and conditions of the Asian Geographic's Asia Without Borders Contest.

Note: As a general comment, and as in the case of all similar contests, make sure you carefully read the terms and conditions, especially since misunderstandings between organizers and contestants can sometimes occur.
Posted by bella at 4:15 AM

Email ThisBlogThis!Share to TwitterShare to FacebookShare to Pinterest
Labels: Contests