For quite some time now I have been contemplating getting a thermos/insulated bottle of some sort for my winter outings. The benefit of a thermos bottle during winter backpacking, at least for me is that it can prevent the water inside from freezing, and allows you to carry hot water with you for extended periods of time. The problem of course has always been the weight, and surprisingly, the fact that most thermos bottles are very small in volume, rarely exceeding half a liter.This year I accidentally came across the Hyrdo Flask 40oz bottle, and decided to give it a try. 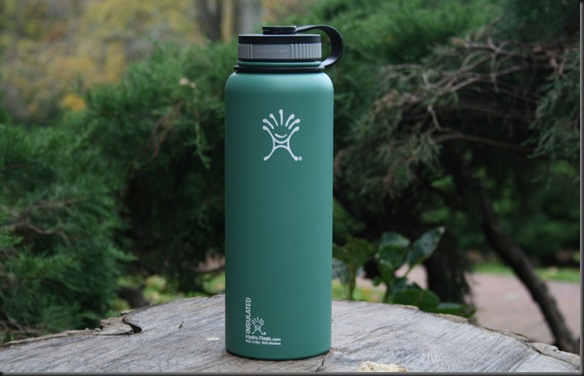 This particular Hydro Flask bottle holds 40oz of liquid, the same amount as a Nalgene bottle. It weights 16.4oz (actually less than the advertised 17oz), and costs about $35.00. I bought mine from Eastern Mountain Sports (EMS).

The Hydro Flask is a double wall, stainless steel insulated thermos. Because of the double wall design, even though the Hydro Flask holds the same amount of water as a Nalgene bottle, it ends up being a taller bottle. 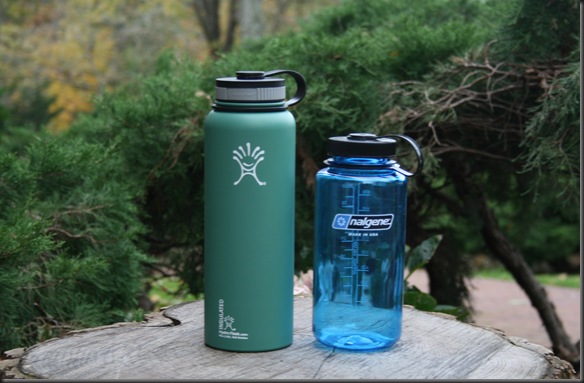 The width of the 40oz Hydro Flask however remains the same as a Nalgele bottle, and can fit within the same cups that nest with the Nalgene bottle such as the Backcountry Stoic Ti Kettle. 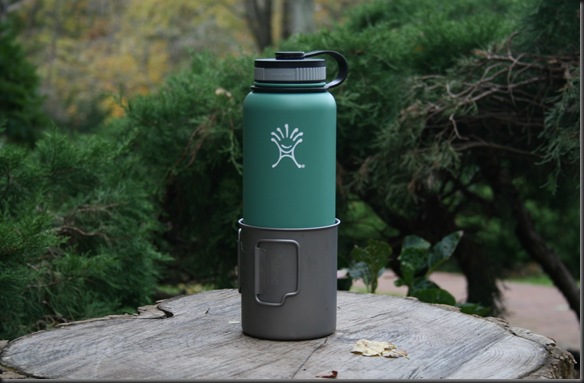 In previous years I have tried different ways to insulate water bottles to achieve a similar effect to a thermos. There are many different type of cozies out on the market, and many DIY versions. I was not able to find one that I liked. None of them appeared to insulate particularly well. Even in moderately cold temperatures, the water inside would freeze during the night. When I got the Hydro Flask, I figured I would compare it to one of the better working cozies. It is an insulated cover for a Nalgene bottle made by EMS. 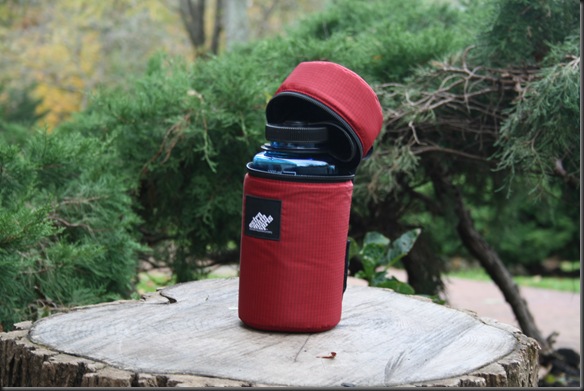 The Nalgene bottle weighs 6.3oz, and the EMS cozy weighs an additional 3.5oz for a total of 9.8oz. As I mentioned before, the 40oz Hydro Flask weight 16.4oz, which is quite a bit heavier.

For the test, I filled both containers with 16oz of boiling water and put them in the freezer. I then measured the water temperature at the 30 min, 60 min, and 240 min (4 hour) mark. Here are the results: 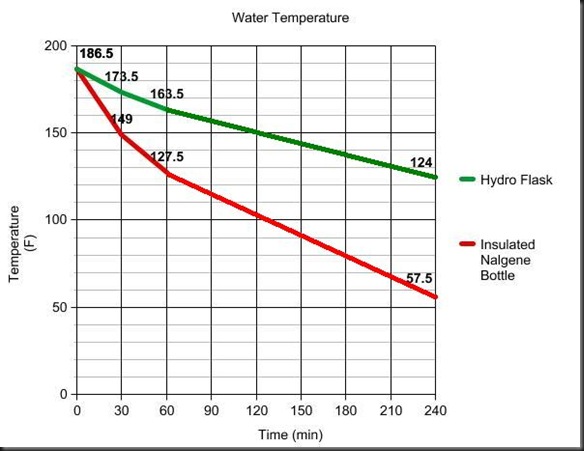 So, why do I like the Hydro Flask as opposed to any other thermos? Well, for starters, it holds a good amount of liquid. If I am going to carry a heavy thermos, I want it to make a difference on the trip. I am not going to carry around a thermos that only holds a cup of liquid. It hardly seems worth it. The 40oz volume is a good one for me. It is also the lightest thermos bottle I have been able to find for the volume. The bottle has no bells and whistles. There are no cups, spouts, or anything else that would add weight. I like that and the simplicity it offers.

Hydro Flask has a wide selection of different types and sizes of insulated bottles. This is the one I like, but they offer wader variety of bottles and accessories. 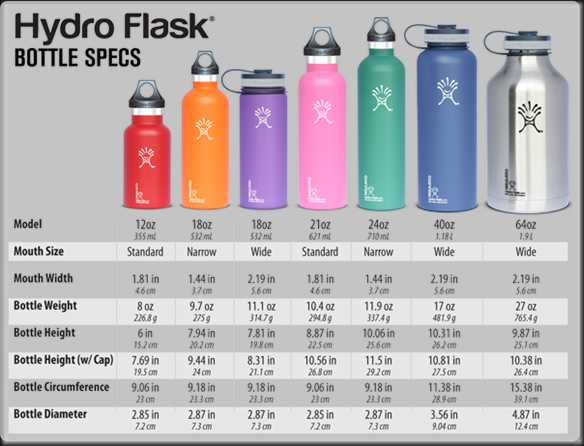 Is this the best backpacking thermos? Well, this is hardly the perfect solution for a winter backpacking water container, but it is the best I have been able to find. I am still unsure if I would be willing to carry the thermos with me, but if I decide to take one, it will be the 40oz Hydro Flask.