When traveling in the woods, one can either follow established trail, or one can bushwhack. Established trails can vary from well made paths, to hard to detect trails that can only be distinguished by the occasional marker.

When following trail, I have previously suggested that you get some park maps of the forest where you are traveling. In my area, the NY/NJ Trail Conference maps cover all of the state and federal parks, and show the marked trails on the map. These maps also include all of the other topographical features one would expect from such a map. 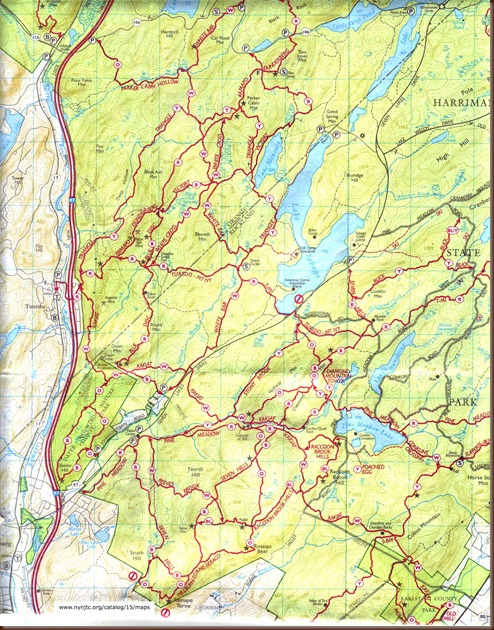 I have found however that when bushwhacking, deviating from the trails, these maps do not show enough detail to facilitate easy navigation. Because they cover significant areas, the detail is hard to see, and if you are relying on them to judge terrain elevation, they can be hard to accurately follow.

When I bushwhack, I like to supplement these park maps with larger, more accurate topographic maps of the areas where I expect to go. I have seen people use software like the NatGeo TOPO map generator, to create topographic maps for their trips. Unfortunately the software costs money, and I like being cheap. :)

I use USGS topographic maps. Here is how I get them for free:

Go to http://www.digital-topo-maps.com/topo-maps.php There are other places where you can do this as well, but this is the site I use.

You will see a map of North America. Zoom in to the location of the area/forest where you plan on traveling. For this example, I will use a portion of Harriman State Park in NY.

Once you have zoomed in on the desired location, in the upper right hand corner of the map, click “My Topo”. This will give you a USGS topographic map of the area. 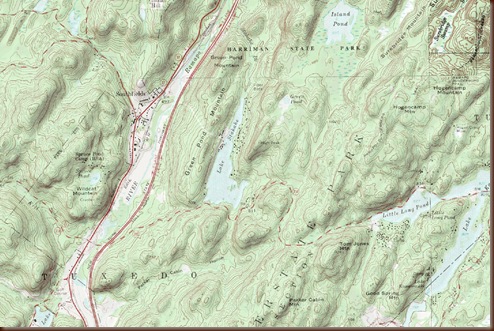 You can zoom in and out until you get the desired level of detail. 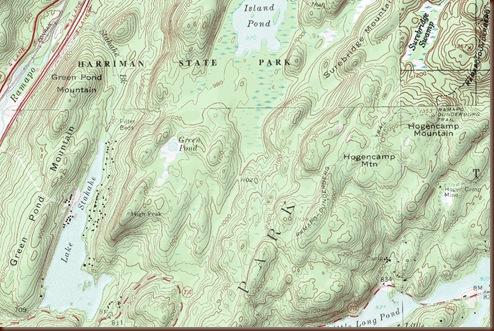 When you have the exact area you want in your screen, look right under the map image. You will see “Print from your computer: Landscape/Portrait”. I like “Landscape”.

This will open a separate window with an image of the selected topographic map. The map in this window will actually be slightly higher quality than the image you had on your screen. You can either print it directly from there, or save it as a file so you can edit or print it later.

If you want, you can take the image file to FedEx so they can print it for you on nice map quality paper. I just print mine out on regular paper and usually toss them out after a trip.

Now, keep in mind that even with these more accurate and detailed maps, I get lost all the time. Good gear is not a solution for stupidity. :)