POV: I Am Awarded The ACIEL Famous Prize! 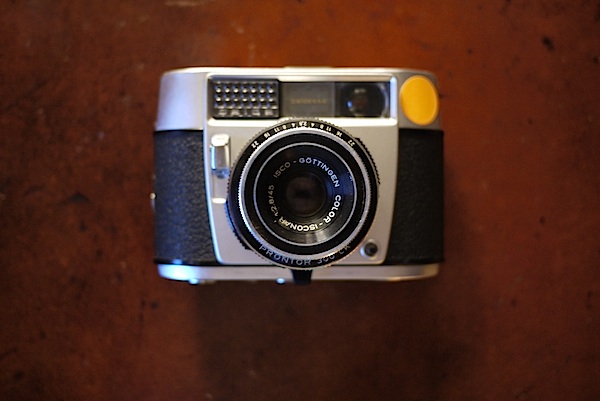 Yes, you read the headline correctly...

I am the proud recipient of the 2011 ACIEL Hall of Fame award. I was recognized by the makers of the legendary camera ACIEL-N as having contributed the most outstanding photographic work during the past years. I faced enormous competition from a myriad of well known and famous photographers from every segment of the industry, who all deserve the prize as well...but I won....and there's no second place in that kind of award.

I will be traveling to the Kingdom of Backhairistan next week to accept the award, and to pose for my picture being handed the prize; a brand new ACIEL-N43 camera with my signature engraved on its top plate. It will be presented by His Excellency Von Herr, the owner of ACIEL and president of the country. Wine with bubbles, tilapia roe on white bread flavored with Marmite will be served...and buxom Backhairistanian models will be in attendance.

The ACIEL cameras are recognized (and lusted for) all over the world because of its faultless mechanics/electronics, ergonomic and modern design, its flawless operations...and by its trademark; the famous yellow dot. The above photograph is of my ACIEL-N42...last year's model. The new one looks similar, but has no yellow dot.

Okay, folks....this is a satirical post. On a more sober level, let me say I would respect camera-makers' marketing ploys in awarding such prizes if these were awarded to photographers such as Michael Kamber, Maggie Steber, Asim Rafiqui, Stanley Greene to name but a few. But of course, like sugar attracts flies, the marketing departments of camera makers go after the so-called name recognition. It's a shame...but that's the world we live in.

But note that while I speak of the marketing departments whose mandate is to increase brand awareness with such gimmicks...camera makers also use well thought recognitions to honor deserving photographers and photojournalists. For instance, Leica and Alex Majoli. So while I make fun at awards designed to titillate undiscerning consumers, I'm glad there are others that reward non-celebrity photographers for their outstanding work.
Posted by bella at 2:40 AM