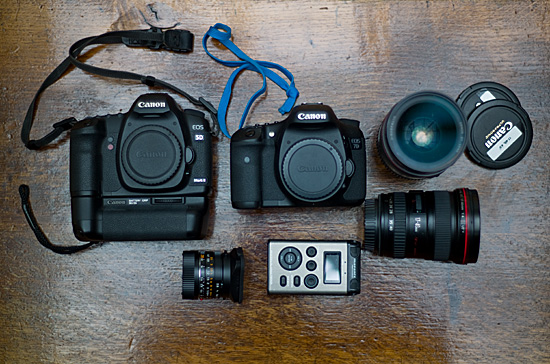 As i have not used my DSLRs for quite a while (well, since the Foundry Workshop in Buenos Aires in July), I decided to give them an airing today...a very brief one; just for a photograph to accompany this post.

The workshop will involve a lot of street photography, especially during the Durga Puja festivities, and I intend to use the M9 for that...for the low-light situations or for those that require quick focusing, a Canon will be used. I have a couple of projects in mind in which I will try to use the Holga lens...these will involve environmental portraiture. Should it rain, the Leica will remain dry in the Domke bag.

That being said, everything depends on the 'facts of the ground' as politicians are prone to say.
Posted by bella at 8:02 AM