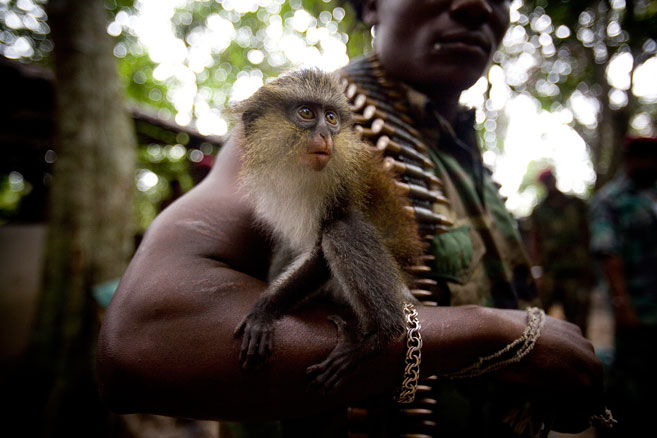 Veronique de Viguerie is based in Paris and, at the age of only 32, has already won prestigious awards including Canon’s coveted Female Photojournalist of the Year Award in 2006. Her photographs regularly appear in Newsweek, The New York Times Magazine, Marie-Claire, and The Guardian.

She's known for her empathy with her subjects, and that trait got her in hot water in 2008 when she photographed a group of Taliban fighters who had killed 10 French soldiers. Paris-Match published her photographs, and her critics accused her being used to spread Taliban propaganda.

I recall writing about this, and suggesting that if anyone was to be accused of anything, it should have been the Paris-Match editors.

The article quotes Régis Le Sommier, deputy editor in chief of Paris Match, that he believes de Viguerie is "one of the most daring and promising photographers of her generation."

More of de Viguerie's images are on Getty Images Reportage website.
Posted by bella at 2:18 AM