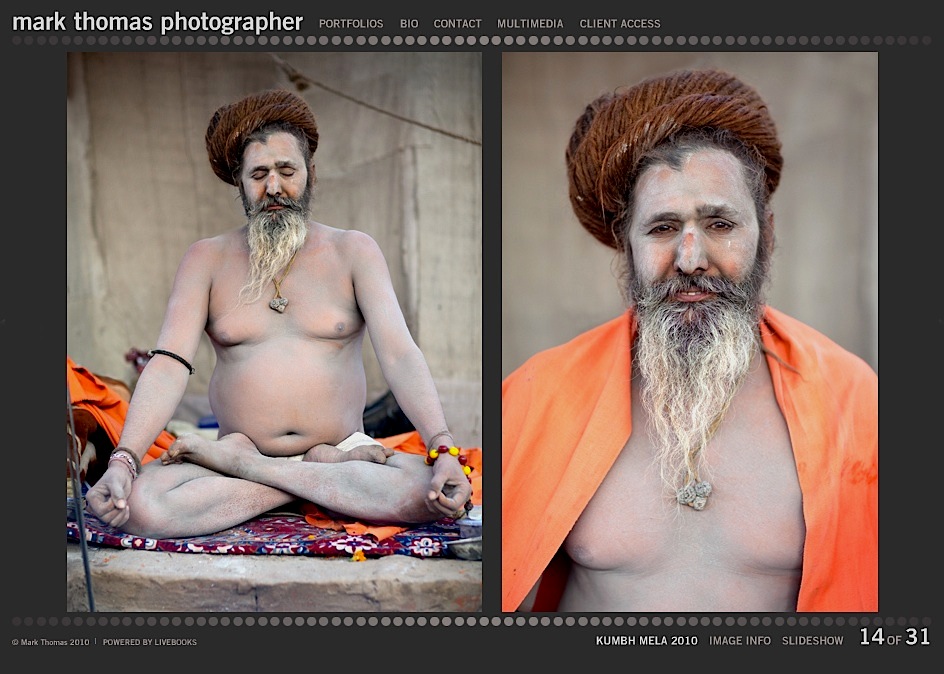 Here's another feature from the recent Kumbh Mela which was held earlier this year in Haridwar, North India.

This body of work by photographer Mark Thomas is titled Kumbh Mela 2010, and is mainly of portraits he made during that religious event.

Mark Thomas is a photojournalist and a multimedia expert, whose work appeared in various publications, including The Boston Globe and National Geographic News. He professes a deep passion for documenting and photographing India.

His Kumbh Mela 2010 gallery consists of portraits of naga babas, the ash-covered sadhus who belong to the Shaivite sect, as well as pilgrims.

Mark's website has other Indian-centric galleries such as Faces of Kashi, Visions of Kashi and Child Labor.

A worthwhile website to bookmark for Indiaphiles.
Posted by bella at 2:11 AM