The Business of Being a Mountain Man: Eustace Conway vs. The Building Inspector

If you make a habit of following outdoor related TV shows, you probably remember Eustace Conway and his Turtle Island household from the History Chanel show Mountain Men. As he is described on the show, Mr. Conway has been living on his 1,000 acre property in North Carolina in what could be called a traditional manner. He claims that he lives off the land, hunting and growing much of his own food, that he makes pants out of buckskin and stitches his own wounds. 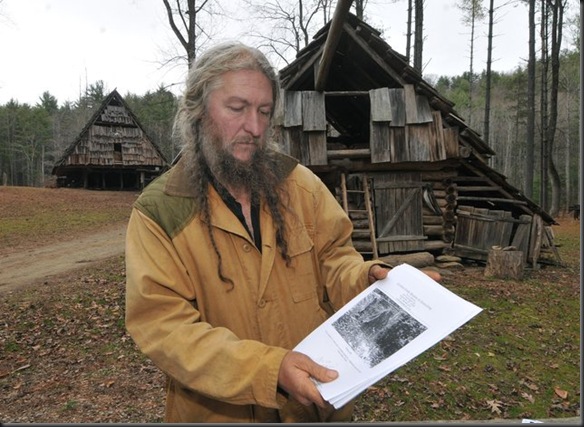 In a dramatic climax of the show, Eustace Conway had to fight with the government over unpaid taxes, riding into town on a horse to city hall. Many viewers at the time pointed out that the image of Mr. Conway being portrayed does not seem to align too well with the facts about him. It was quickly pointed out that far from being an isolated mountain man, foraging the forests for resources, Mr. Conway was running a rather profitable business. A visit to his website here, reveals a well organized commercial enterprise with a “mountain man” theme, involving, carriage rides, classes, summer camps for both children and adults, etc. Prices can range anywhere from $65 for a carriage ride, to $1400 for a two week summer camp. It seemed unclear what someone who is living off the land is doing with all that money, and in particular why he is not paying his taxes.

Well, I’m sure we’ll get some more entertaining developments with respect to his taxes in the next season of the show.

A more recent development has been that last Fall, presumably because of increased attention due to the TV show, state officials, acting on a tip, performed an inspection of Turtle Island, and promptly shut it down for not complying with a multitude of health and safety regulation. Some of the violations range from failing to meet building codes, to failing to provide proper sanitation.

Much of the bushcraft community has been in an uproar about this, and the issue has been framed as one where “The STATE” has come to interfere with this man’s life and stop him from living his simple, traditional lifestyle.

I generally ignore such drama, but I wanted to post on this issue as I feel it is being greatly mischaracterized.

Despite the assertions to the contrary, the state government is not seeking to stop Eustace Conway from living his chosen lifestyle. Turtle Island is his property, and he can live there as he chooses, even if that entails him sleeping under a tree. While Turtle Island is currently closed to customers, Mr. Conway continues to live there in his chosen manner.

The real issue here is that Mr. Conway is operating a business at the premises that is open to the public. The moment he starts doing that, he has to comply with health and safety regulations just like anyone else if he wishes to operate that business. 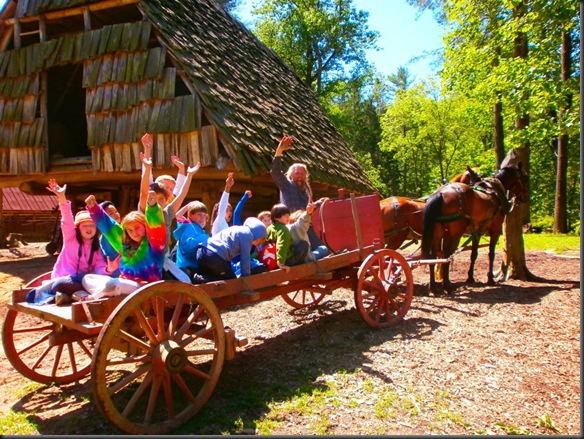 If he is going to run a camp for children, and for that matter adults, and is going to have them live there, he can not house those people in buildings that do not meet safety and health requirements. If he is going to feed people at the premises as part of a commercial enterprise, then he has to comply with health and sanitation requirements. He can not circumvent those requirements, no more than a restaurant can circumvent health and sanitations standards by saying it specializes in authentic 19th century foods. It can serve 19th century food, but it still has to refrigerate its meat, sanitize its cleaning surfaces, and be free of rats. Similarly Mr. Conway can teach traditional living, but he still has to offer facilities that protect the lives and health of his customers.

It may in fact be the case that it is impossible to teach “true” traditional living these days because of existing regulations. I have to say, I am perfectly okay with that. There are certain aspects of traditional living I would happily give up, including dysentery, dangerous living and working conditions, high child mortality rate, and so on.

Imagine that instead of the current headlines reading “Mountain Man Takes on Building Codes”, it read “After the State Department Failed to Act, a Dozen Children Were Killed in a Building Collapse at Turtle Island”. What would we be saying then?