Most of us know Patagonia as a manufacturer of backpacking clothing, and in particular one that is very focused on sustainable production and fair labor practices. Polartec fleece clothing for some time has been the benchmark for fleece clothing, and even when competing against lighter and more compressible insulated clothing in recent years, it has held up its end impressively. One of the fleece shirts that you have seen me wear in my recent trips has been a Polartec 200.

Well, looks like Patagonia and Polartec have teamed up with the US army to create a new shirt for the Special Operations Forces. 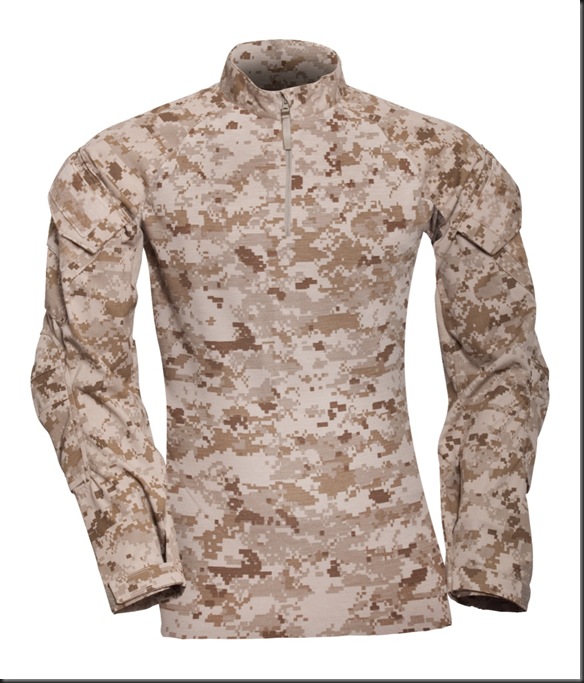 Now, fleece military clothing is nothing new. A large number of the insulation components of the modern US Military ECWCS third generation clothing system used by soldiers today are composed of fleece. The interesting part is that a large producer of backpacking clothing has put their resources and knowhow into this product, which will undoubtedly benefit the military. Here is the press release from Polartec:

“Polartec, the developer, manufacturer, and marketer of Polartec® performance fabrics, has worked closely with the U.S. Special Operations Forces and won the competitive process to develop the first standard issue combat shirt developed specifically for the needs of Special Forces Operators. The Special Operations Forces' (SOF) Protective Combat Uniform (PCU) Level 9 Shirt is currently being fielded to all U.S. SOF users, and will enhance their combat advantage in the world's most hostile conditions.

Designed to be worn under body armor, the SOF PCU Level 9 Shirt employs Polartec® Power Dry® fabric in the torso of the shirt to provide excellent moisture management, high breathability, stretch, quick dry times, and maximum next-to-skin comfort when worn under body armor. All Polartec® Power Dry® fabrics feature a patented bi-component knit construction with two yarns - one to pick sweat up off the skin, and one to disperse sweat for rapid drying - enabling Polartec Power Dry fabrics to move 30% more moisture away from the skin than single component fabrics. The particular lightweight Polartec Power Dry fabric engineered for the SOF PCU Level 9 Shirt features a Special Forces-specific printed camouflage pattern, inherent flame resistance, and near-infrared capability that helps cloak the users body-heat signature. The SOF PCU Level 9 Shirt was designed by Patagonia in close cooperation with with Polartec and the SOF team.

“Polartec is very proud of our longstanding development relationship with the Special Operations Forces. We are constantly challenged by the extreme performance that Operators demand of their clothing and equipment.  These men are the tip of the spear of our country’s projection of power and always exhibit remarkable ability and patriotism.  To be selected by this very demanding customer is a tribute to the abilities of the research and development team at Polartec who are honored to help support our warfighters.” said David Costello, Polartec Business Manager.

Polartec has now developed Levels 1, 2, 3, 3 Alpha and now 9 in the SOF PCU, a layering ensemble designed for all conditions faced by SOF.”

It will also be interesting to see how this move effects Patagonia’s regular market. After all, many of its customers are not the biggest fans of military operations. I imagine the Patagonia name will rarely be seen or associated with this product, and only Polartec will be featured in the press releases.