Richard Proenneke is probably best known to us from the film Alone in the Wilderness. If you have not seen it, I strongly recommend that you do.

In and about 1968, Dick Proenneke built a cabin near Twin Lakes in Alaska. What started out with the goal of seeing if he could live by himself for a year, turned into a way of life for him. He remained at his cabin at Twin Lakes for nearly 30 years. While many of his exploits have been turned into legend due to lack of information (for example, many think he subsisted just by the resources he could gather and hunt, when in fact he was supplied by his brother who flew a small airplane to the lakes), his way of life has inspired many. 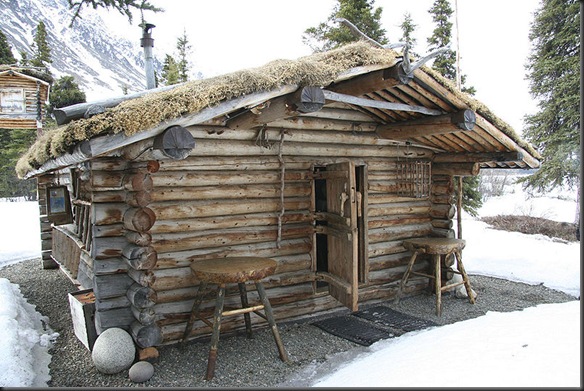 I just wanted to share with you the above picture of his cabin. It is still preserved and can be seen by visitors of the area.