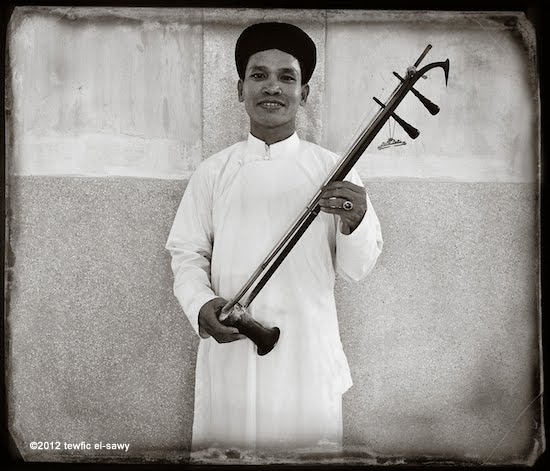 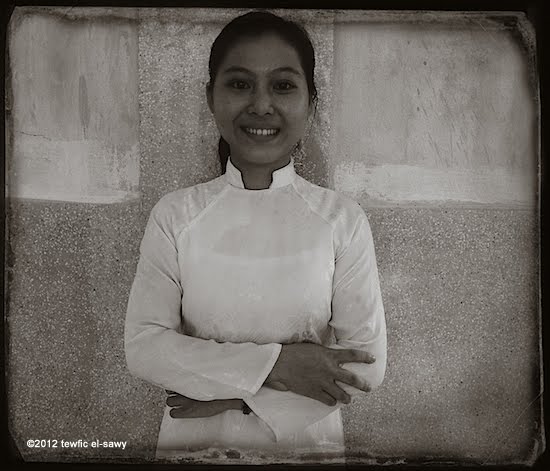 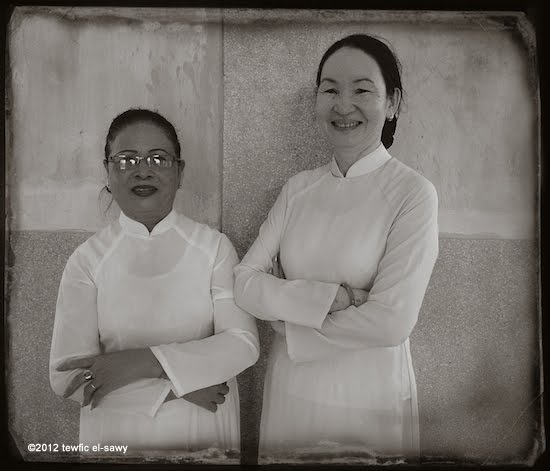 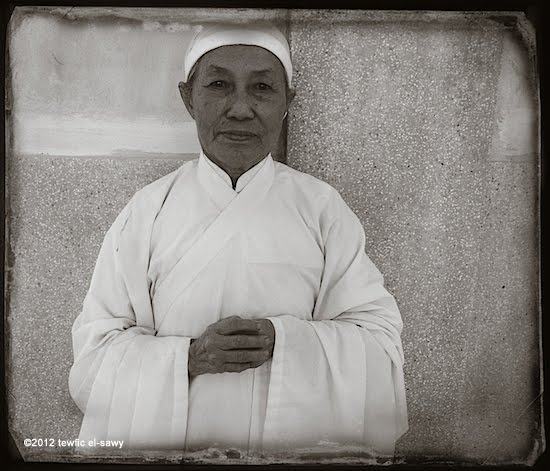 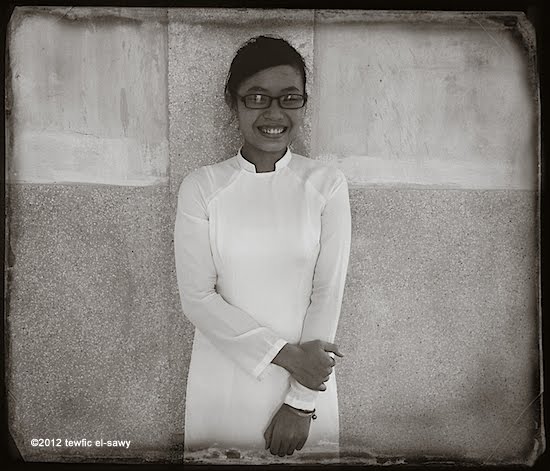 I thought I'd feature a collection of the portraits of the Cao Đài adherents made with my iPhone during our visit at their temple in Hue.

As I wrote in my post of September 19, I had wanted to witness and photograph a Cao Đài prayer ritual for quite a while, and it was by pure serendipity that I discovered that this new religious tradition had just completed building a temple in Hue.

Cao Đài is a syncretistic, monotheistic religion, officially established in southern Vietnam in 1926. Its Adherents engage in ethical practices such as prayer, veneration of ancestors, nonviolence, and vegetarianism. Its opposition to communism until 1975 was a factor in their repression, and its practice was forbidden until 1997 when it was granted legal recognition.
Caodism (as it's called) draws upon ethical precepts from Confucianism, occult practices from Taoism, theories of karma and rebirth from Buddhism, and a hierarchical organization (including a pope) from Roman Catholicism. Its pantheon of saints includes such diverse figures as the Buddha, Confucius, Jesus Christ, Muhammad, Pericles, Julius Caesar, Joan of Arc, Victor Hugo, and Sun Yat-sen.
I can only stress how gracious the Cao Đài congregation was during our visit...despite our many faux pas during their time of prayer, and how receptive and welcoming they were to our photography.
Posted by bella at 2:00 AM