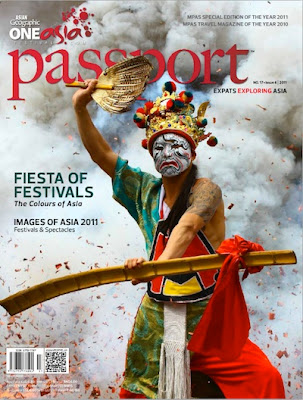 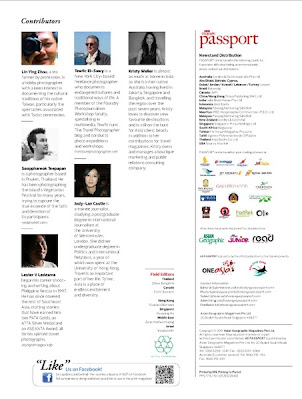 "It is at these religious events that one connects with humanity at its basic denominator, and with the nobility of the human spirit."

That's a quote from a longer statement I made to accompany a handful of photographs published in the December issue of the Asian Geographic Passport which can be partially previewed here.

I am waiting for a hard copy of the issue to be mailed to me from the publishers, so that's all I can show at this time.

In any event, the religious rituals I submitted photographs of are the Theyyam rituals of Northern Kerala and of the Tsechus of Bhutan. The photographs are included in my Theyyam: Incarnate Deities and Tsechus!.

Email ThisBlogThis!Share to TwitterShare to FacebookShare to Pinterest
Labels: Festivals, TTP Show Off