There has been a good amount of talk in recent years about the value of more traditional equipment, including clothing. Here I have tried to look at some sources and see exactly what clothing was used by early 20th century cold weather explorers. In a later post, I will try to present some comparison data.

Fridtjof Nansen is one of the most famous cold weather explorers. He is as famous for his crossing of Greenland as for his failed attempt to reach the North pole, and heroic return home. The equipment of most cold weather explorers following him needs to be looked at within the context of what Nansen had said on the subject. That is why here I want to briefly mention what he had to say about his cold weather clothing. In his book Across Greenland he describes the clothing he took on the trip as follows:

“With the exception of two tunics of reindeer skin...and a little coat lined with squirrel skin, which I took but rarely wore, we had no furs, but wore woolen things throughout. Next to our skin we had thin woolen shirts and drawers, then thick, rough jerseys, and then our outer garments, which consisted of a short coat, knickerbockers, and gaiters...In wind, snow, and rain, we generally wore outside our other clothes a light suit of some thin, brown, canvas like stuff. This was reputed completely waterproof, but it turned out to be nothing of the kind. In wind and snow however, it did excellent service.” On his feet Nansen wore what he referred to as Finnesko, or reindeer boots. He described them as satisfactory, but that they do not hold up well when wet. 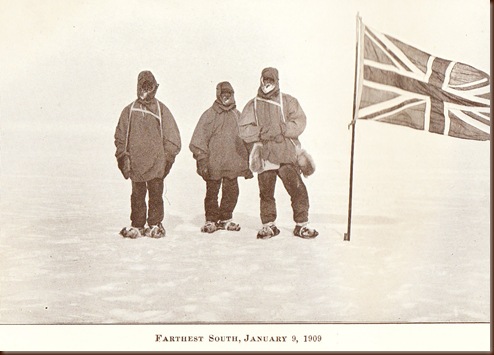 This general set up of clothing became the largely “traditional” way of dressing for cold environments for subsequent explorers for the next few decades, although changes and improvements were made. When in 1908 Sir Earnest Shackleton walked to within 112 miles from the South pole his clothing consisted of the same layers of wool, with the exception that instead of a short coat, more wool sweaters were used which provided greater warmth for the weight. 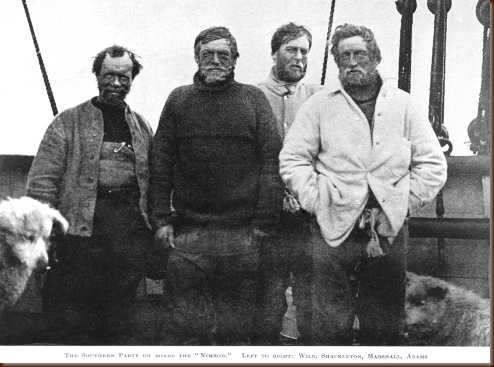 The canvas outer layer was still used, because even though not waterproof, it offered protection from the wind, and nothing better was available at the time. 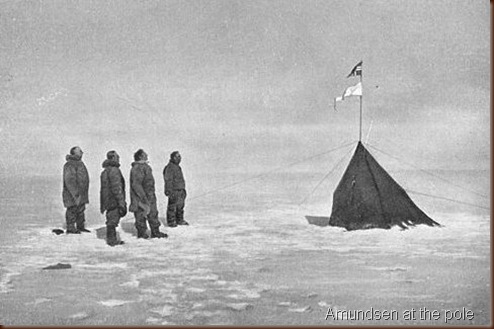 In 1911/1912, two men, Robert Falcon Scott and Roald Amundsen raced to the South pole. Amundsen proved to the victor, while Scott died on the return trip from the pole. In 2006 the BBC recreated the race between the two men and their teams, and provided very valuable data in terms of reconstructing their clothing. The lists I am providing here are from that study. Since some of the clothing consists of modern equivalents, I will provide the name of the manufacturer next to the item. 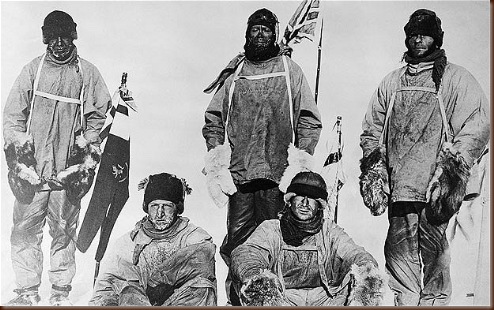 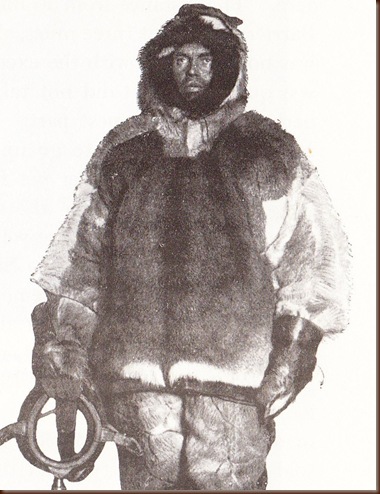 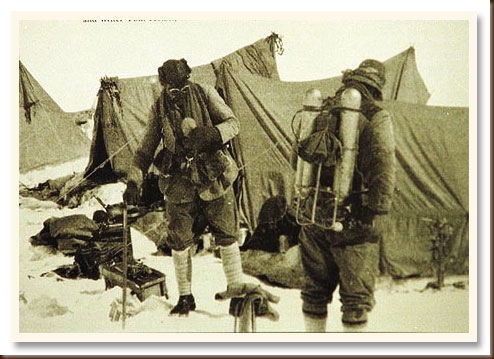 Moving a decade forward in 1924, George Mallory attempted to reach the summit of Everest. He died in his attempt. His body was later found, and his clothing was reconstructed by the Mountain Heritage Trust. With few exceptions, his clothing remained the same as that of the above men. The largest difference that can be seen, and where technology reveals itself is actually in the sleeping bags that they carried. While Nansen, Shackleton, Scott and Amundsen used reindeer fur sleeping bags, Mallory had a down sleeping bag.

Experts believe that the silk layers were not used for insulation, but rather to allow easier movement between the different layers of wool.

By the time Sir Edmund Hillary and Tenzing Norgay climbed Everest in 1953, the clothing options had significantly changed. While wool was still used for the base layers, much of the outer wear was composed on down insulation and synthetic covering. 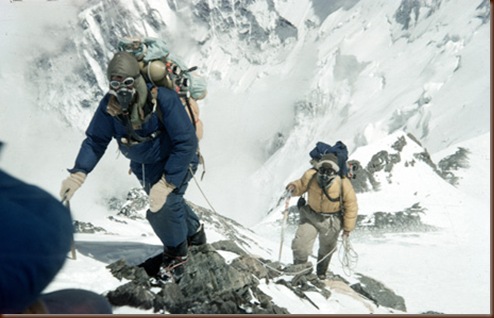 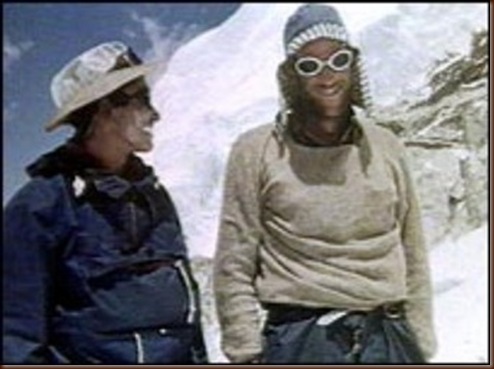 Modern cold weather clothing is comprised almost entirely of synthetic materials, using fleece and down as insulation. Some people still prefer to use wool as a base layer, but thicker woolen items are almost never used.