A Bit of Nostalgia 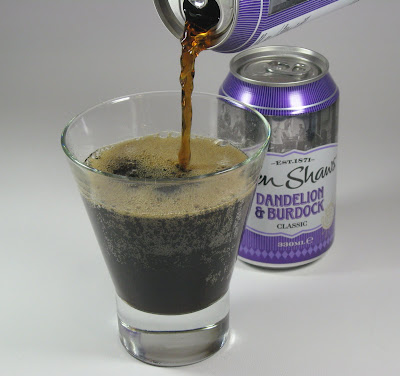 Ben Shaw's, the soft drinks manufacturer, who brought the distinctive taste of Dandelion and Burdock, amongst others, to the people of the UK, are 140 years old this year. Ben Shaw's was started in 1871 in Huddersfield by Ben Shaw himself. 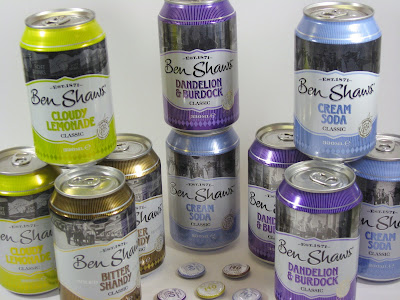 They are touring the country's county shows this year so visitors will get the chance to sample the flavours of Dandelion and Burdock, Cloudy Lemonade, Bitter Shandy and Cream Soda , and also to vote on which one is their favourite.

I have been invited to be a member of the Ben Shaw's Buddies Panel, to revisit these drinks, and to introduce you to a 'Bit of Nostalgia'.

Sometimes we were brought home a bottle of Dandelion and Burdock and a bag of crisps, then we would save up all the empties and take them back to the local shop and get, I believe, a penny back for every bottle, which would be our pocket money! This was then swiftly handed back to the shop keeper for sweets!

Now for the drinks:

Dandelion and Burdock: A favourite childhood drink, overflowing with nostalgia and happiness.

Cream Soda: this is perhaps an acquired taste. As children, my mum would put a scoop of ice cream into this and we would then have a glass of fizzy and frothy ice cream soda which we would drink out of a straw.

Cloudy Lemonade: I can't remember Cloudy Lemonade but my husband says he can remember drinking this. It is sweet, sharp and refreshing. This one has my vote.

Bitter Shandy: This is the drink I can remember Mum's drinking whilst the children drank their Dandelion and Burdock at the 'Stoot'!

Email ThisBlogThis!Share to TwitterShare to FacebookShare to Pinterest
Labels: Reviews