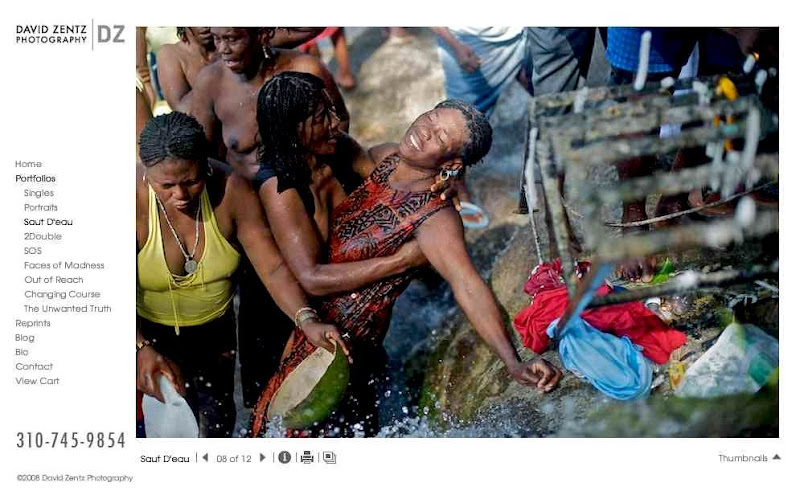 Photo ©David Zentz-All Rights Reserved
David Zentz is a photojournalist based in Los Angeles, California. Following his master’s in mass communications at the University of Florida in 2005, David completed internships at a number of newspapers, including the Chicago Tribune and the St. Petersburg Times, before a full-time position at the Journal Star. In 2008 he left newspapers and moved to Los Angeles to pursue a freelance career. He has completed numerous projects, both domestically and abroad, on subjects ranging from mental health issues to the hip-hop culture in Haiti. His work has been recognized by CPOY, the Southern Short Course and the NPPA.

Haiti's Saut D'Eau is located in its central plateau The town is named after its waterfall, and the area has many streams and sources which make it very fertile. It is also the home of Haiti’s most celebrated patron saint, Our Lady of Mount Carmel, whose anniversary is celebrated annually on July 16th. Thousands of Pilgrims from Haiti and other parts of the world travel to the waterfall to participate in the festivities.
Posted by bella at 4:10 AM