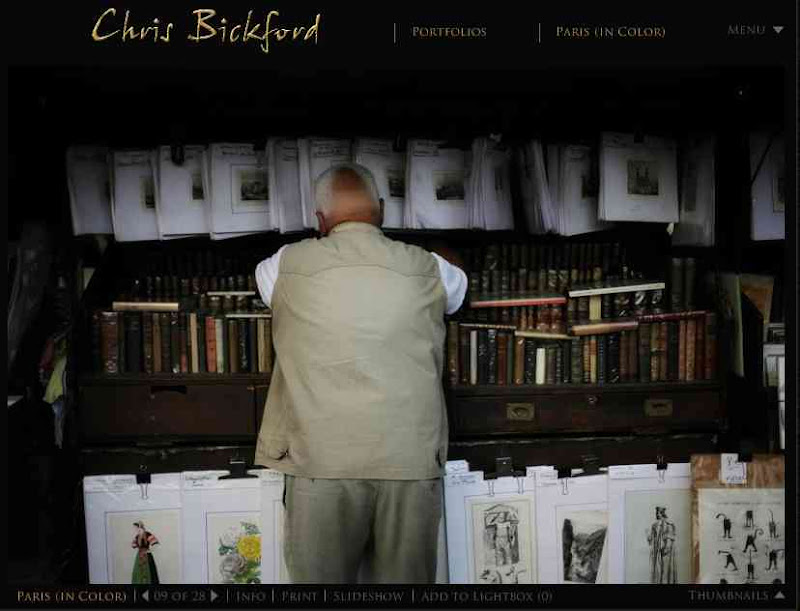 Chris Bickfrod made his first appearance on this blog through his work published by The New York Times on Venice's Carnevale. Funding his expenses by working as a wedding photographer mostly in the Outer Banks of North Carolina, he devotes his summers and early winters to traveling to Europe and working on his street photography. He started work on books of Dubrovnik, Venice, and Paris.

In an infrequent departure from my geographical focus, I chose to feature Chris' work on Paris, which is a lovely collection of this city's scenes...combining street photography with its traditional landmarks.
Posted by bella at 3:44 AM