Mykel Hawke vs. Joe Teti – The Next Round of TV Survival Show Host Drama

On Wednesday, a fellow blogger and writer of  Rocky Mountain Bushcraft, who seems to have his finger on the pulse of survival show drama, published a post about a war of words brewing on Facebook between former host of Man, Woman, Wild, Mykel Hawke, and co-host of Dual Survival, Joe Teti. 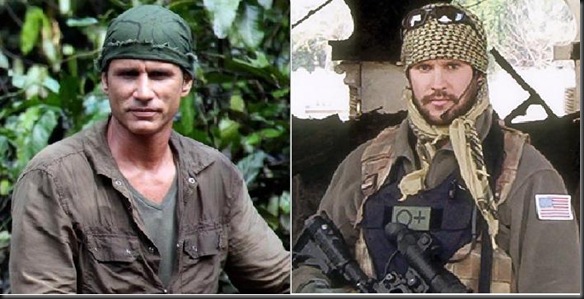 It is unclear to me how all this started, but seems to have been going on behind the scenes for some time now. It became very public when Mykel Hawke published a post about it on his Facebook page. The post vaguely spoke about how Joe Teti has been attacking him, and as his former commander, Myke knew things about him he would not want made public. (Sorry about the poor screen shot)

By the time I decided to make a post about this so you guys are in the loop as well, there was a massive amount of information. It is too much for me to post here, as Myke goes on for a number of posts about misrepresentations made by Joe Teti and things he has done wrong. The last post on the subject as of the time I am writing this discusses how Joe Teti allegedly failed to show up for combat duty after 9/11 and instead tried to make money by starting his own private security company.

As far as Joe Teti, he seems to have gone silent since Myke started posting all of this information on his Facebook page. Prior to that point however, he did publish several cryptic posts, which now make much more sense. 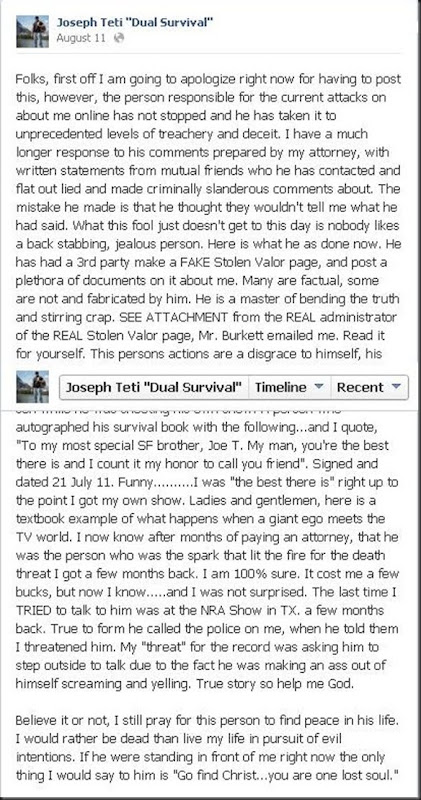 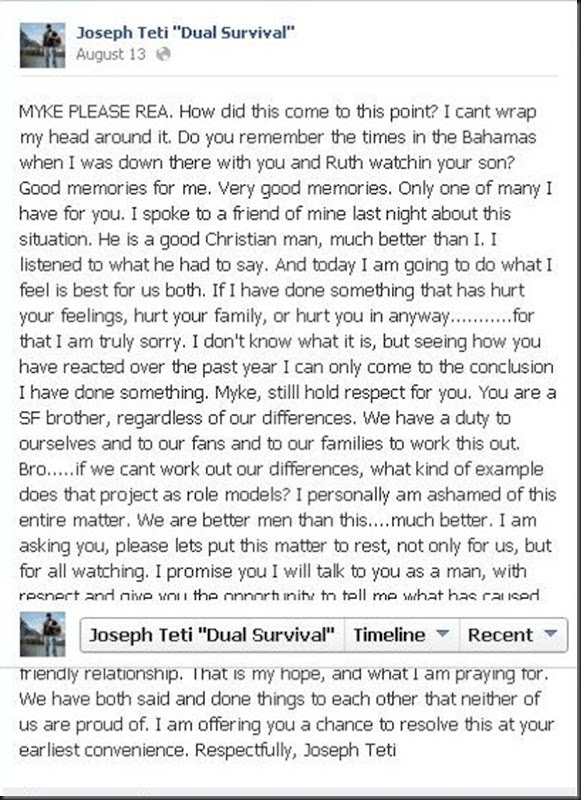 I am sure there will be further developments. Something clearly went down between the two of them and has devolved into an all out war. Regardless of the the cause, I can’t imagine this will be good for either of their careers. Considering all of the publicity issues some networks have had with less than credible survival hosts, I don’t imagine any of them will want to do much business with people who have this much baggage… or maybe that’s exactly what they would want. Stay tuned for the Myke and Joe Survival Hour. :)

All that being said, what really blows my mind is that this is all happening on Facebook. It seems like a communications medium more suited to teenage girls than grown men, especially considering that both of them have websites, publicity teams, lawyers and publishers. I suppose sometimes people just can’t help themselves.