A Beginner’s Guide to Bushcraft and Camping-Part 2

The easiest way to get started is to begin with day long hiking trips. That way you can avoid a lot of the complexity created by sleeping and shelter arrangements, cooking, and water purification. It requires very minimal kit, and can be done whenever you have a free day. Here I will talk about only three season hiking. Going into the woods during winter will require some additional considerations, and will not be discussed here.

There are two ways you can approach such a hike. The first is the one that most people, even seasoned backpackers take, which is to follow trails that have been established through the woods. Most state and federal parks are crisscrossed by such trails, designed for this purpose. They are clearly marked and can be found on maps of the park. Do not be fooled, many of these trails can be very secluded and in some case indistinguishable from their surroundings.

The other way to hike is to do what is sometimes referred to as backwoods hiking. In such a scenario, you are not following the trails, but are rather just going through the woods using a map and compass. For this post I will only consider the former approach-following the trails. When you feel comfortable with it, then you can follow your compass wherever you like.

So, where to begin? Unless you live in a particularly secluded area of the country, odds are that your most convenient access to the woods will be through state and federal parks. So, how do you find a park, and in particular the trails that you will follow?

There are websites that give reviews and directions for certain trails, but in my experience, the best way to get started is to go to your local backpacking supply store like REI, EMS, Paragon, etc. Go in, and go directly to the “maps” section. There you will find map sets for each park in your area. If you are not sure which one is the closest to you, ask one of the people who work there. If you do not have access to such a store, go to “Google maps”, and look around your area until you see a big patch of green. Note the name of the park, and then do a search for it. On their websites, most parks will sell the same maps that you find in the stores.

Once you get the map packet for the park of your choice, you will notice that there is most likely more than one map. Many larger parks have several maps covering the different areas. 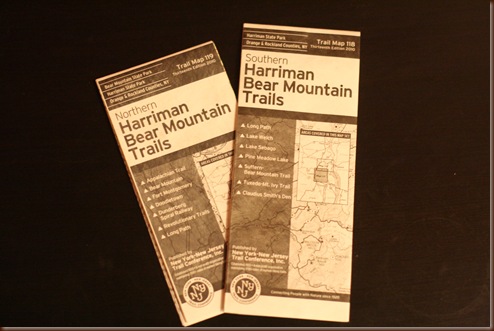 You will also notice that the maps have all the trails marked on them. The letters you see next to each trail such as “Y” or “R” usually indicate the color of the trail- “Yellow”, “Red”, etc. 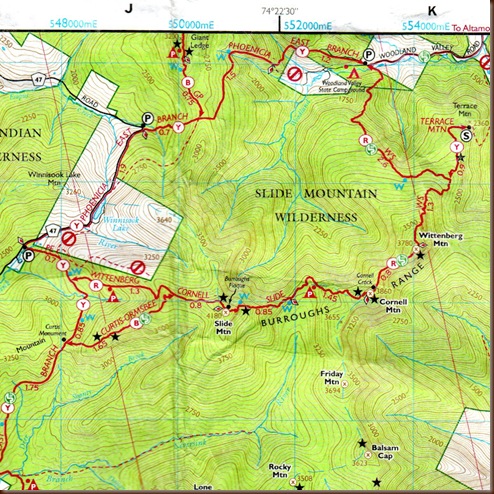 You will probably also see areas marked as “P”, or “Parking” on the map. The goal then becomes to get to one of those parking areas. Some of them can be large, with information booths, bathrooms, etc, while others are nothing more than a small cleared patch of land next to the road where you can pull over. Use a regular map (Google) to get to the park, and then follow the park roads marked on the map to one of the parking spots. Some parks have a fee for the parking, others do not.

Once you get to a parking spot, look at the map, and see where the closest trail is. Parking spots are usually placed right next to trails. The trails will be marked in some way. Different parks use different methods. Some use paint, other use reflective tape, etc. Once you know how the trail is designated, you will begin to follow it. Pay attention to the markers. They are typically designed so that when you stand at one of the markers, you can see the one behind you and the next one in front of you. Just following what appears to be a trail can get you in trouble, as very often water runoff creates areas that look like trails, but are not. Before you know it, you can no longer see any markers. 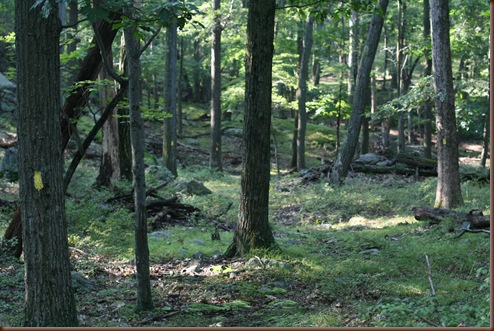 The place where you will be catching the trail will not necessarily be the beginning of the trail, and that is perfectly fine. Many of them cover huge distances.

Keeping all this in mind, select the desired trail, and follow it. Make sure you have planned the return trip. If half the day is gone, it is probably time to head back. Very often trails cross each other. Keep that in mind. It is a great way to find out your exact location. Let’s say you are following the Red trail (marked by red dots) and then you see that it is being crossed by the Blue trail (marked by blue dots), look at the map and see where the intersection occurs. Now you know your exact location.

Once you familiarize yourself with the map, following the trails will become second nature to you. In the next few posts I will discuss some of the gear you may want to have with you on these day hikes.