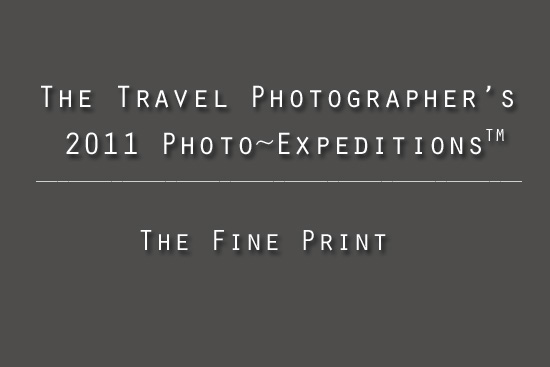 I am planning my forthcoming Photo~Expeditions™ for 2011, and thought I'd write a heads-up concerning the direction these will take in the next year.

After some deliberation, I've decided to further accentuate the travel-documentary thrust of my photo~expeditions, and reduce the maximum number of participants to only 5 (excluding myself) on each trip. My recent expeditions have become so popular that they've swelled up to 9-10 participants, and generated long waiting lists. As of 2011, participation will no longer be based on "first registered first in", but will be based on a portfolio viewing and other criteria.

Here's an example of what I mean:

One of the photo~expeditions I intend to lead in summer 2011 is to Kashmir. I will announce its itinerary and the terms in due course, however it will be restricted to 5 photographers (excluding me).

The photographers will have visual and intellectual interest in Kashmir's Islamic culture, would have previously traveled to India, would be self-starters, have an affinity for photo-journalism & travel documentary photography, and want to work on individual projects and produce photo essays.

I chose Kashmir as an example because it's a destination that lends itself very well to both documentary photography (which is the objective of my photo~expeditions) and "pretty picturing" (which is not my aim). The overriding purpose in Kashmir will be to document its rich culture, its people and their faith. Will we photograph Dal Lake at dawn? Yes we will, but the major thrust will be on documenting the culture, and on projects of human interest.

Whether it's Kashmir, Kerala & Gujarat, Kathmandu, Havana, China, Siem Reap, Vietnam or any other of my possible 2011 destinations, carefully selecting participants and capping their number to 5, will accentuate the travel-documentary philosophy that I gained a reputation for, and will further enhance the quality of my photo~expeditions.

For further insight, here are a couple of my older posts (a) and (b) defining my philosophy behind my photo~expeditions. You'll find these quite interesting.

Here is an updated description of my photo~expeditions on my website.
Posted by bella at 2:38 AM