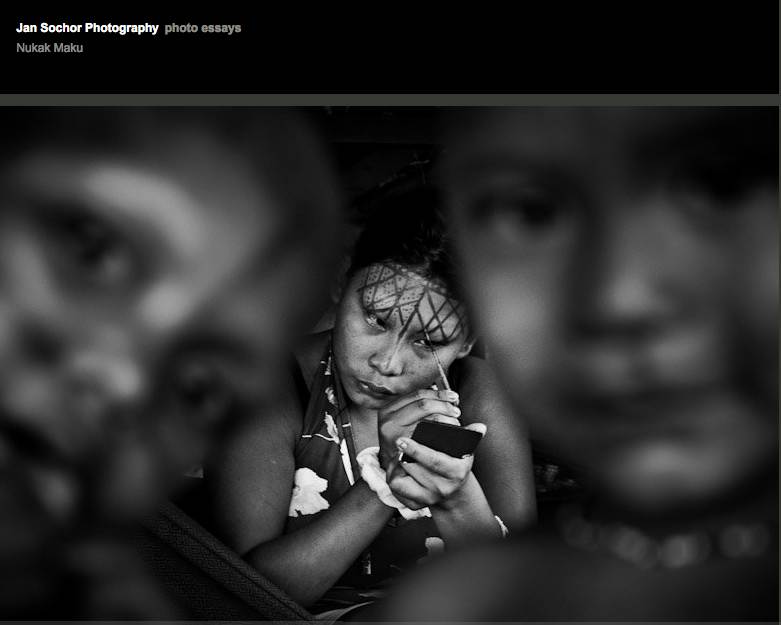 Photo © Jan Sochor-All Rights Reserved
Jan Sochor has documented the Nukak Maku people, a nomadic indian tribe from the Amazon, who were driven out of the jungle by the Colombian guerrilla and paramilitary squads. More than half of the Nukak population have died of western diseases like flu. In refugee camps, the Nukak are taught from (mainly Christian) aid workers concepts and habits that were never part of their tradition.

Jan is a freelance photographer, working between South America and Europe. He lived and worked in Chile, Colombia, Costa Rica, Spain and the Czech Republic during the past five years. His photographs and stories have appeared in numerous magazines, newspapers and websites, including Sunday Times, National Geographic, Reuters, Burn magazine, Foto8, 100Eyes, UNESCO, Boston Review, PDN online,and others.

I've always considered proselytizing by any religious group to be an abhorrent practice...hand in hand with racism and bigotry.

Found via The Click
Posted by bella at 2:33 AM