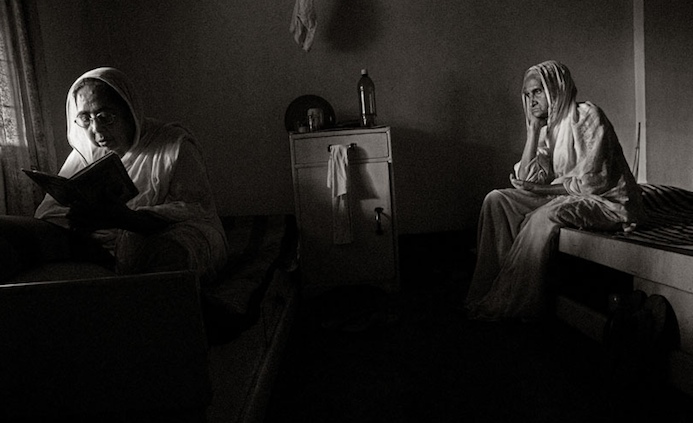 He was awarded the 2008 All Roads Photography Program of National Geographic Society, as well as the Alexia Foundation Student Award (Award of Excellence). He has been recognized with several awards including the Humanity Photo Documentary Award.

Khaled believes in immersion photography, and listens, observes and talks with his subjects over an extended period of time. In Death of Dreams, he focused on Dhaka's largest old-age home called Boshipuk, and followed the daily lives of the residents for two years.

His photo essay documents the effect of modernization on the traditional structure of Bangla families, and which leads to old ways and values being discarded. Elderly parents are now forced to live out their old age alone, and face living the remaining of their lives in impersonal surroundings.

Via GlobalPost's Full Frame.
Posted by bella at 2:19 AM