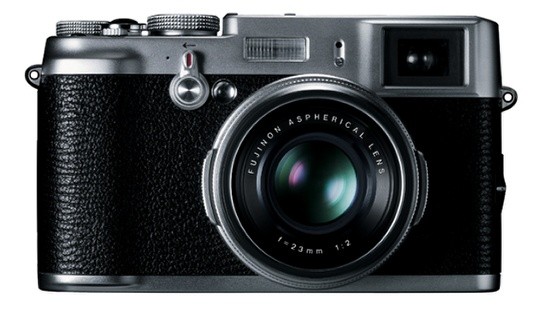 These are breaking news from Photokina...Fujifilm launched the FinePix X100, a 12.3-megapixel camera styled in a 1950s metal-and-leather body. It features and APS-C sized CMOS sensor and a fixed-in-place but bright and fast 23mm f2 prime lens. It also boasts an ISO range of 200 to 6400, and 5fps continuous shooting.

According to Engadget, this camera will interest many to-be DSLR buyers provided it's intelligently priced. Absolutely, and I would think it would also interest existing DSLR users who lust after a more compact camera.

The Luminous Landscape reports from Photokina that it may cost approximately US $1,700 when it becomes available early in 2011.