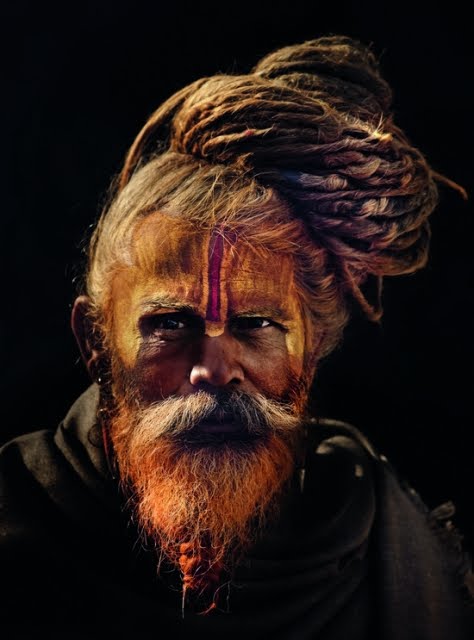 Here's a collection of sadhus' portraits by Ian Winstanley, a commercial photographer based in the UK. Exclusively involved in the advertising and design industries, Ian later also specialized in fine art based work.

Photographing in Nepal for a book, Ian spent time on the banks of the Bagmati river in Kathmandu's holy site known as Pashupathi. It was here, in 2001, that the much-loved King Birendra and other members of Nepal’s royal family were cremated after a massacre blamed on the crown prince, who also killed himself. The site is considered as one of the oldest and most holy of temples dedicated to Shiva, and sadhus and other Hindu faithful have been drawn to it since the 5th century.

In Hinduism, sadhus are mystics, ascetics, practitioners of yoga and wandering monks. Technically, sadhus are solely dedicated to achieving the fourth and final Hindu goal of life known as moksha, through meditation. However, many of sadhus are nothing more (or less) than wandering homeless individuals, relying on charity of others to survive.

The Economist's More Intelligent Life website has also published some of Ian's sadhus photographs here.
Posted by bella at 4:03 AM