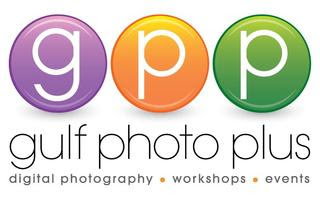 If anyone thought Dubai's financial difficulties would diminish its appetite for hosting international cultural hooplas, they ought to think again. Dates for the annual Gulf Photo Plus (GPP) event have been confirmed as the 1st to the 6th March 2010. This is trumpeted as the region’s only hands-on dedicated photography event.

It will be a week long event packed with over 50 workshops, 90-minute seminars and panels, an exhibition featuring work by the invited photographers, etc. The event will start with an exhibition featuring selected works from the 12 visiting photographers including Joey Lawrence (TTP's Travel Photographer's of 2009), David Nightingale, Robin Nichols, Bobbi Lane, Joe McNally, David Hobby and Zack Arias. Also scheduled is a video SLR workshop presented by Vincent Laforet, and a fashion photography seminar by Melissa Rodwell.

Scanning the list suggests that if you expect to see local, Middle Eastern, or regional names amongst the invited photographers, you'd be badly disappointed. It's sad, isn't it?...but this has always been a symptom in the Gulf, and to a lesser degree in the rest of the Middle East. Some would call it the pathetic legacy of colonialism, and a habit of cultural dependency.

What's the point in promoting the work of well-established Western photographers who already get more than their share of exposure in Europe and the United States? Aren't the local, Mid Eastern and regional photographers also entitled to get their work exposed in Dubai? Why don't you use Dubai as a hub to expose native and regional talent to the world? Dare to break the cycle of this addictive dependency on Western talent and promote your own...and that of your region. Yes, perhaps GPP won't attract as many Western sponsors at first, but it will attract the best non-Western photographers...and the sponsors will return soon enough. This is the future...leave the past where it belongs.

By the way, I have the feeling that GPP's organizers haven't caught up with the news that the old boys club has crumbled. And by the way #2, TTP's vented in a previous post about the same issue here.

I know, I know, I digressed...so let me get back to the event. Details have yet to be posted on Gulf Photo Plus's website, but can be seen here.
Posted by bella at 3:03 AM