The Importance of Breathability of Clothing in Cold Weather

Breathability is a very important aspect of clothing designed for the woods. Working and traveling through the woods is an energy consuming activity, which produces a lot of perspiration. A breathable material is one which allows that moisture, accumulating on top of the skin, to pass through the clothing and out into the surrounding air.

Many fabrics such as Goretex, eVent, and even older materials like oiled canvas and Ventile strive to balance the ability to be breathable, i.e. allow moisture produced by the body to pass through, with being waterproof, i.e. preventing rain from getting into the clothing from the outside. Each material does that with a varying degree of success. Some end up being more breathable, others more waterproof.

It is said by many that in cold weather, a material being waterproof, is not particularly important, as there is no rain to worry about. The colder the weather, the drier the snow, and the less likely it is to melt and get your clothing wet from the outside. As a result, breathability is prioritized when it comes to cold weather clothing. The image that is often presented and that comes to mind most often is a clothing system comprised of different insulation layers covered by a canvas anorak, resembling the clothing of Scott and Nansen. 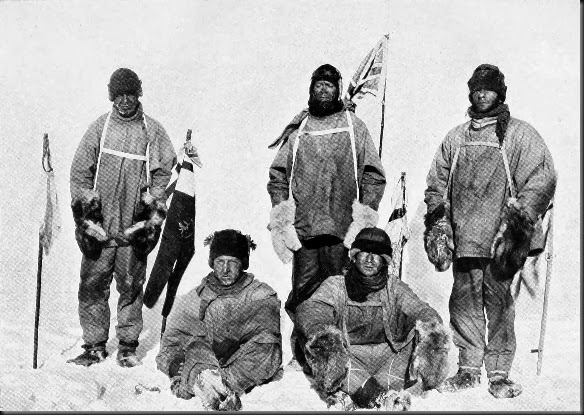 The theory goes that since there is no moisture on the outside which can get your clothing wet, and all of the moisture which is produced by your body can pass freely through all of the layers of the clothing system, the clothing will stay dry, and consequently maintain its insulation. Speaking in general terms, all of this is correct. However, I would like to put forward some issues which I believe significantly complicate this thinking, and has lead me to the conclusion that breathability in cold weather clothing, while being a good thing, is overrated.

Your body produces moisture. The heat from your body then pushes it out, usually in the form of vapor through the clothing. Under warm conditions, the process will continue until the vapor passes through all of the clothing and out into the surrounding air. That is why it is beneficial to have a shell layer which will allow the moisture to pass rather than trapping it just before it can reach the air surrounding the clothing. If the temperature outside is low however, the heat from the body will not be sufficient to push the moisture all the way out. Somewhere along the way, the water vapor will cool down enough to condense into liquid water, and then altogether freeze, while still within the insulation. 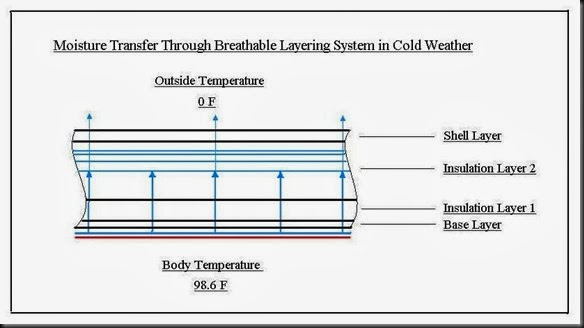 The frozen or condensed moisture then starts to accumulate within the insulation, further decreasing its effectiveness. All of this occurs before the moisture ever reaches the shell layer.

The result is that all insulation, no matter how breathable the system, will accumulate moisture within the insulation when the outside temperature is cold enough. No matter the material, you will have to find a way to remove that moisture. 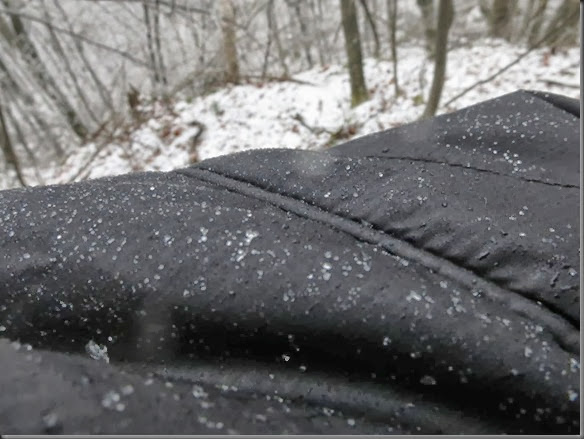 In the above picture you can see the effects of such freezing, happening in temperatures around 25 F. What you see in not snow on top of the jacket, but rather ice formed inside that is protruding through the shell material. It is in effect imbedded ice within the material.

This phenomenon is well known to people who travel in cold weather. On arctic expeditions, very often two sleeping bags are carried and layered. After some use, the top bag will become saturates with moisture and become a block of ice, at which point it is discarded.

An interesting side note is that if this wasn’t the case, and the insulation maintained the same temperature throughout, allowing for the water vapor to move through the full clothing system, the exiting vapor would be warm enough to melt the snow surrounding the person, and in turn requiring a waterproof layer to be worn.

The breathability of fabrics is often held as a solution to the water management issue in cold weather. In my experience, for the reasons I have outlined above, I don’t believe that to be the case. No matter how breathable your shell layer, whether it be made from Gore-Tex, cotton, or mesh netting, the moisture from your body will accumulate within the insulation. Your clothing has to be dried out using an external heat source, or it will lose efficiency.