The BBC's Human Planet is a landmark series that marvels at mankind's incredible relationship with nature in the world today. Each episode takes you to the extremes of the planet: the arctic, mountains, oceans, jungles, grasslands, deserts, rivers and even the urban jungle.

A word of caution...exploring the Human Planet website will take you a while. I've barely scratched its surface so far. 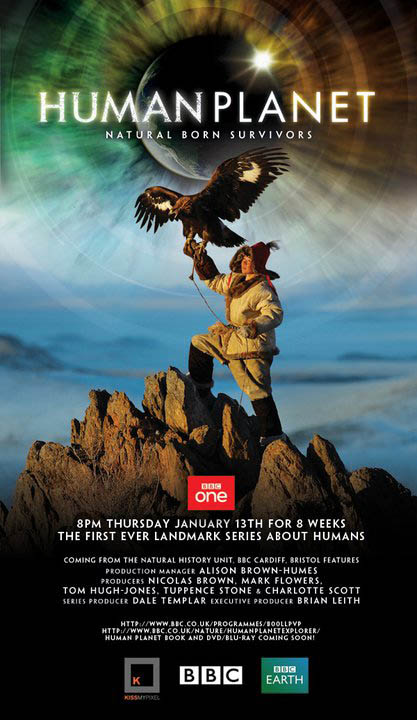 Human Planet crews have filmed in around 80 locations, bringing us stories that have never been told on television before. The team has trekked with HD cameras and state of the art gear to film from the air, from the ground and underwater.

One of the forces behind Human Planet is Timothy Allen. Timothy's work focus is on the remaining indigenous societies, and he devotes his time to documenting the diversity of humanity’s cultural heritage. He writes a blog for the BBC documenting his photographic work around the world for Human Planet.

In case you're interested to see what the cameras used by Timothy look like, here they are:

Email ThisBlogThis!Share to TwitterShare to FacebookShare to Pinterest
Labels: Multimedia