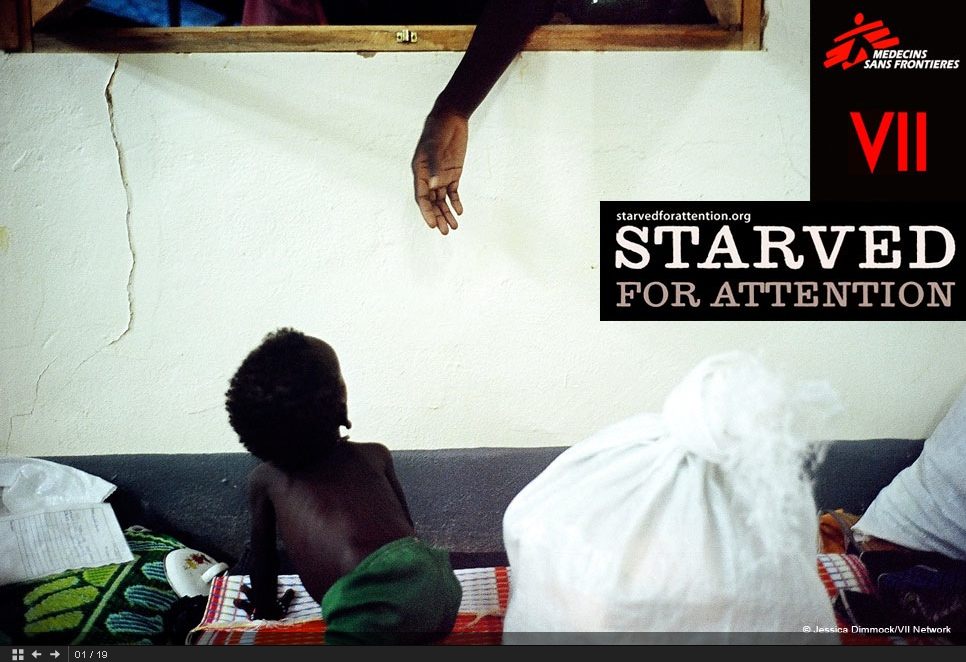 It's based on the extremely well produced multimedia campaign by Doctors Without Borders/Médecins Sans Frontières (MSF) and VII Photo which exposes the neglected and largely invisible crisis of childhood malnutrition.

As an aside, I also noticed on Need To Know an article by Kavitha Rajagopalan on the buffoonish remarks made by Palin on the plans to erect a mosque and Islamic center near Ground Zero.

All I have to say is that it is New York and its inhabitants who suffered on September 11, 2001....and it's they who have the voice in this.