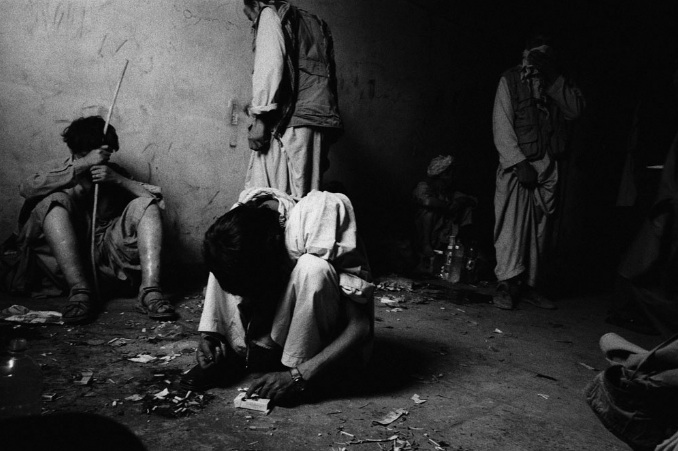 Stanley Greene’s Redemption and Revenge on the New York Times' LENS blog is one of the most interesting (and candid) interviews with a photojournalist/photographer I've read in a long time.

Having met Stanley Greene in Mexico City, I don't think I'd be wrong in describing Stanley as an iconoclast, as someone who doesn't mince words and who doesn't imitate. His opinions and responses as expressed during this interview confirm my view. This interview is a no platitudes no bullshit zone...and may rile some "lemmings", but for those who appreciate iconoclasts, it's a must read.

Excerpts that particularly resonate with me:

"When we get to the point where we start digging up graves to make photographs, I think we are in trouble."

"You need to be able to communicate with people. You should know a language. But even if you don’t know a language, you should at least be decent enough to understand what you are about to photograph, instead of just going, “Pow, pow, pow.” Because when you do that, then you are a vulture, and then you are what a lot of N.G.O.’s call us: “Merchants of misery.”

Michael Kamber has worked primarily as a conflict photographer and covered a dozen wars including Afghanistan, Somalia, Liberia, Darfur and the Congo. He photographed the war in Iraq for The New York Times between 2003 and 2010. His photos have been published in nearly every major news magazine in the USA and Europe. Michael is the winner of a 2007 World Press Photo award, the Missouri School of Journalism’s Penny Press Award, American Photo Images of the Year and an Overseas Press Club award. He has been nominated three times for the Pulitzer Prize–twice for photography and once for reporting.

As I said, one of the best interviews I've read in a while.
Posted by bella at 6:43 AM